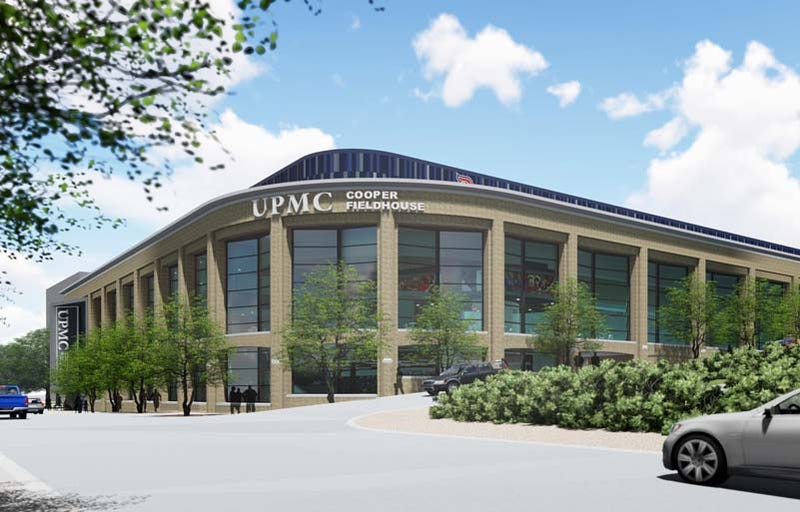 Pittsburgh (93.7 The Fan) - The state-ordered stoppage in construction projects in March could mean a delayed opening for the renovated basketball and volleyball arena at Duquesne University.

Men's coach Keith Dambrot, on the Paul Zeise Show, said it's uncertain if the $45 million dollar project, transforming the A.J. Palumbo Center into the UPMC Cooper Fieldhouse, will be completed in time for the beginning of the season.

"You know, we got hit pretty hard," Dambrot said.  "I think we lost seven or eight weeks on this whole deal.  Those are the things I can't really control.  I don't really know what's going to happen, but I would have to say we would have to be fortunate to get in there right away."

Dambrot's Dukes had to play home games at three venues--PPG Paints Arena, Robert Morris and Laroche--on its way to a 21-win season.  He is excited to see the momentum from last season carry over to recruiting and more success.

The covid-19 pandemic also creates uncertainty for coaches and players alike in preparation for the 2020-21 season, but Dambrot is unruffled.

"Whatever they give us, we'll make it work," Dambrot said.  "That changes how you coach a little bit, but at least our guys will be hungry and fresh when they come here."

Hear the complete interview below, including Dambrot's thoughts on his six-player recruiting class