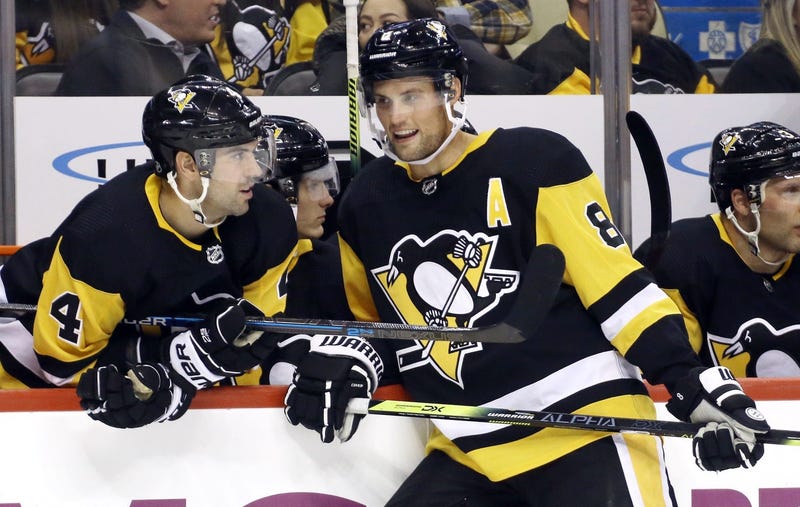 PITTSBURGH (93.7 The Fan) - The Penguins could be getting back two much-needed defensemen Tuesday evening, as they attempt to stop their longest losing skid in eight years, but they’ll be down another forward.

Dumolulin has been out since the beginning of December after having surgery on his ankle.

Marino has been out since early February after taking a puck to the face against Tampa, suffering broken facial bones.

Coach Sullivan confirms that Dumoulin and Marino will both be game-time decisions tomorrow vs. Ottawa. Bjugstad will not play.

Sullivan also confirmed that while Nick Bjugstad was in a full contact jersey Monday, he will not play Tuesday night.

Dumoulin on how he’s feeling after today’s practice: “Doing good. It was good to go on that California trip and skate with them... I want to get back in the game soon. [On skating with Letang> Chemistry is huge and you want to get that back as soon as you can.”

He’s been out since November after having core surgery.

While the Penguins seem to finally be getting healthy, they will be down another forward.

Dominik Simon will be out week-to-week with an upper body injury.