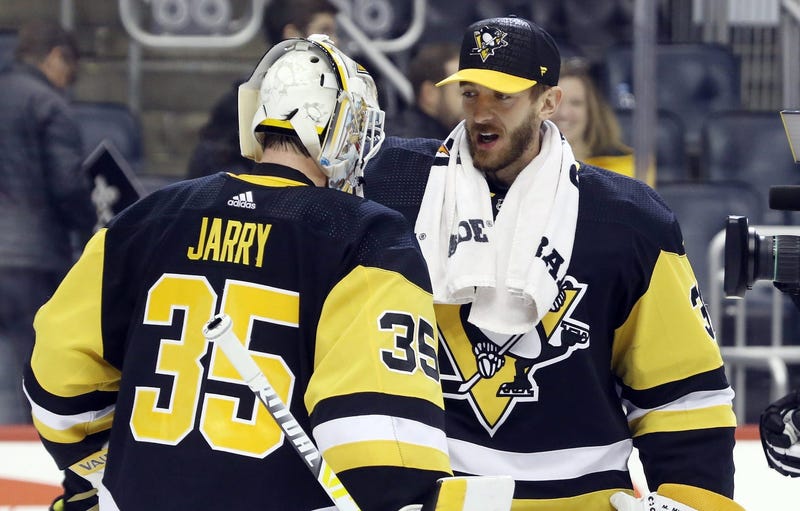 Well just about all of it.

The Penguins picked a crummy time to find a bump in the road.

Now they get Marino and Dumoulin back in very short order and some think this will go a long, long way to rectifying things. I don’t know if that is assuredly the case, but I definitely would like to see them back in the lineup to find out.

There’s no way either one of those two gentlemen on the blue line could hurt, right?

But I have something more in all of this as the Penguins now have 18 games remaining (with four back-to-back situations) on a season where it doesn’t feel they’ve forged a total identity even as February has veered into March.

Seems Mike Sullivan has settled into a Murray and Jarry, bouncing back and forth goaltender rotation in recent games. Make no mistake, the goaltending hasn’t hurt them, but it also hasn’t been at the level it was at times earlier in the season when first Jarry and then Murray played extremely well.

So it’s with all of that that I say Mike Sullivan throws something out the window: The template that he certainly has somewhere in his office. You know the one; the one with the starting goalie plans --- probably in pen, not in pencil --- for the rest of the 18 games this regular season. Instead, I think it is time for the Penguins to truly find out what they have and who they have in goal headed into the postseason … provided they make it, which they should.

It is time to ride the hot hand some more. It is time to operate by feel a lot more. It is time to go with a three or four game run of Murray or Jarry if the guy proves he has hit a warm streak so as to prepare one of these guys to be the undeniable top man headed into the first-round playoff series.

When you lose six straight, you start to change you plans. You have to.

And one of those things I’d like to see is that goalie plan work itself it out --- but I guess that’s most dependent on either Murray or Jarry starting to clearly beat out the other guy.

Be a nice time for that happen, huh?

Be a nice time for Sullivan to be able to get a guy ready to be the man in the playoffs.  ​