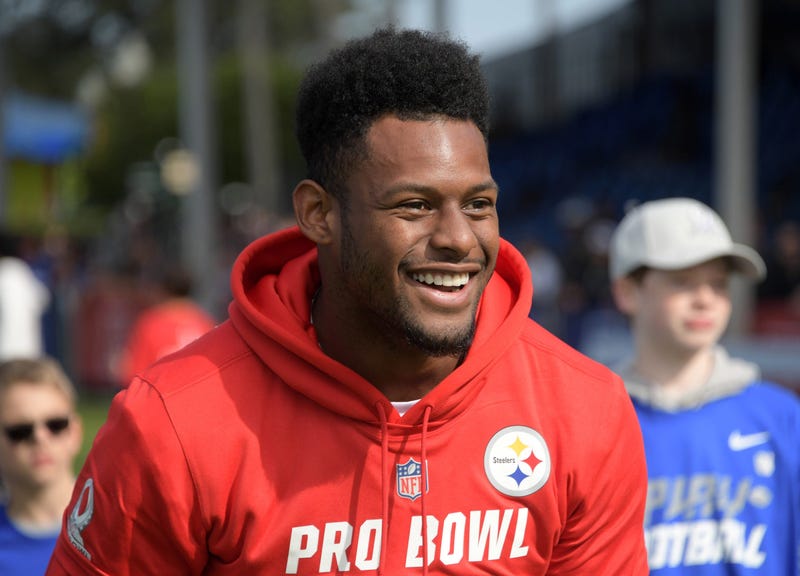 I get it. Oh, do I get it. Someone rattles your cage on social media, calls you into question and you feel the need to clapback.

Believe me, I get it.

Some Steelers fan was trolling Brown and in the framework of getting back at the fan, Brown --- who is allergic to taking the high road --- felt it best to point out that JuJu had a pretty significant fumble in the New Orleans game this past season.

Brown went so far as to point out that “boy fumbled the whole post season” which in Twitterspeak means that Brown felt JuJu’s miscue was the reason the playoffs went on without the Pittsburgh Steelers as a participant.

The accuracy or inaccuracy of Brown’s claim isn’t so much the issue, but rather his inability to be happy and leave the past be the past is.

The guy wanted traded --- he got traded.

The guy wanted the entire wide receiver spotlight on him --- he’s getting that in Oakland.

For the life of me I can’t figure out what (if anything?) will ever make Antonio Brown a happy human being. Or, if there is anything that will truly make him a happy human being at this point. He seems wrecked in the head to a point where he is convinced the entire world is against him.

It is bizarre. Boomingly bizarre.

For his part, JuJu stood up for himself on Twitter. He fired back something or other about how he showed respect to Brown from the time the former was drafted and how he was happy for Brown when he got traded to Oakland. JuJu also tossed in a Mark Twain quote about fools for good measure --- disseminating it on Twitter with Antonio Brown being the obvious target.

OK, I have some advice for JuJu moving forward: You got your shot in. Now disengage. Be done with him. Move on. It doesn’t matter if Brown partakes in “your momma is so…” jokes or says something incredibly personal. It just doesn’t matter from here on out.

Antonio Brown is acting like a fool and not one thing can be gained by continuing to interact with him.

JuJu, you made your point. And your point was well-taken. Now walk away from it all.

The same, too, goes for any member of the Pittsburgh Steelers. It is a safe bet that Brown will invariably take some sort of shot at someone (probably Ben Roethlisberger) before the beginning of next season. My advice to them would be the same: Let him talk and talk and talk because he looks more foolish by the day.

This ping-pong match and back and forth with Antonio Brown was entertaining for a bit and kind of kept my interest for a time. Now it’s just a crazy man throwing things out for attention because he’s jealous others get some spotlight.

Let him rant and rave.

Antonio Brown needs to just be ignored by his former teammates at this point --- because that will make him more mad than anything they could ever say. ​