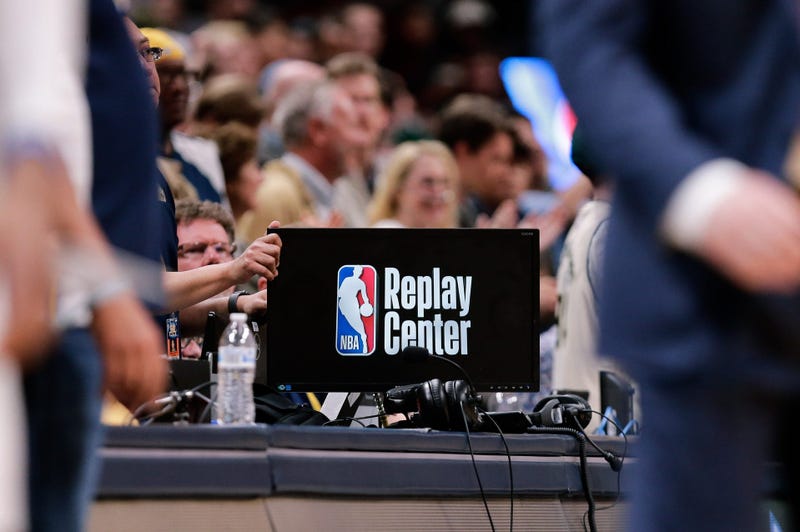 Replay review has overtaken our sports.

For some it has ruined their viewing experience. For others it has greatly enhanced the probability of getting all the calls correct and, thus, advanced the sports they love so much.

Me? I feel like it is good and bad. I feel like replay was always pushed into our games to correct the egregious calls, but now we spend an inordinate amount of time reviewing (and then sometimes overturning) even the most ticky-tack calls just because we have the technology to do so.

Is that the spirit of all of this?

Is that what we thought this would grow into?

It’s like we aren’t permitted to live with a mistake in life anymore --- particularly by people wearing striped shirts and/or blowing whistles. Sports officials, airplane pilots and surgeons seem like the only three vocations now where it is absolutely a must you get 100 percent of the things right 100 percent of the time or there are huge consequences. It’s some deep sin if, in the throes of officiating a game as a human you make an error in a game played by humans.

It’s all so puzzling to me, to be honest.

The latest league to expand their replay reach is the NBA. On Tuesday night they decided there will be a Coach’s Challenge to trigger instant replay on a limited set of matters within games. In addition, the centrally-located NBA Replay Center can buzz into a game, stop it, and trigger instant replay in certain instances.

This will all be implemented for the start of upcoming season. Will this speed up our games? Heck no.

Will this ever go backwards? Heck no again.

Will we probably get more correct calls in the end? Yeah, probably a few but not many.

And that’s the rub in all of this. I grew up in a time where bad calls happened here and there --- especially things like judgment calls wherein an official needed to decided, in a split second, if a man fouled another man as the guy with the ball was going to the basket. Now we’re going to stop games and look at something like this on replay?

I’d just as soon let the run of the game work this all out.

But I guess where we are in life is here: Once we decided we wanted to implement replay to fix what could be the horrendously bad calls, we got a taste of it and now need to fix even the miniscule offenses that don’t have as much of a bearing on a game or season.

It’s really starting to seem like it’s all too much.

And I’ll tell ya, the big question is still out there: Where does all this end? Because it will never go backwards, replay layers will just keep getting added into our games. ​