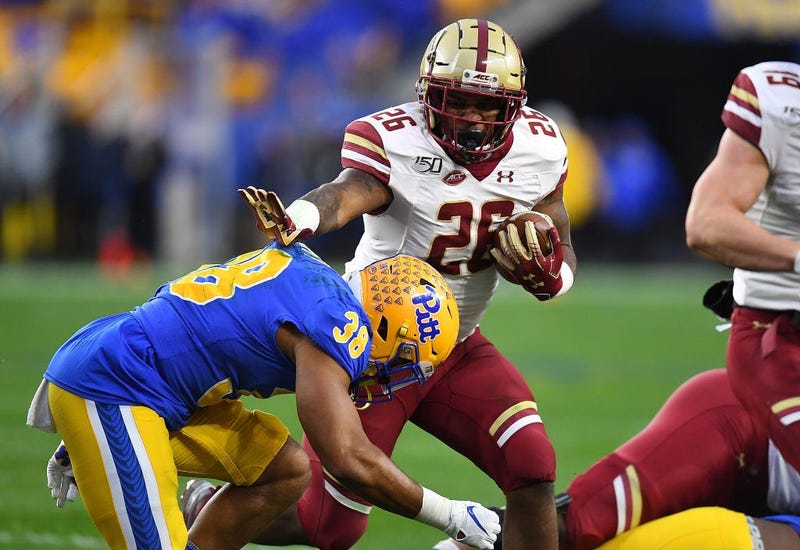 At least that’s the inclination. That’s what the prevailing thought is when you think of Pitt football laboring through another seven-win season and decidedly headed for some middle-of-the-road bowl that some will pretend to care about. Most with sense will just shrug their shoulders and not really give the Whatever Whatever Bowl Sponsored By Whomever much of a second thought – unless they are betting on the game.

Yeah. Pitt will play Michigan State in the Pinstripe Bowl or something like that.

Middle of the road. The definition of average. It could be worse but frankly it should be better --- another blah of a season.

That’s kind of been the mark of the Pat Narduzzi Era to this point.

He has not led the program to a bowl win and, more important, hasn’t led the program to nine wins in any season. Pitt has had at least two conference losses in all five seasons Narduzzi has been head coach --- sustaining an inexplicable four this season.

I’m not one to advocate getting rid of him.

Athletics director Heather Lyke shouldn’t do that. But there is a happy medium for those people who swear you need to fire the guy and those others who think he needs to stick around ---- make the 2020 season one in which Narduzzi truly is judged. Put his feet to the fire.

Yes, there should be some sort of ultimatum laid down to Narduzzi.

And it should be hard --- a very, very, hard win total. You need to hit that number or you go. If you get there, you stay but if you don't, you go. Barring a catastrophic injury or unforeseen set of circumstances, I don't understand why Lyke cannot do that before next season begins.

If you want to make the number 8, so be it – that would show improvement from this season.

If you want to make the number 9, I get that too.

But privately have a number he needs to get to.

Is it really that outlandish in sports --- in business --- to set a tangible mark that someone needs to reach or else their employment is in serious jeopardy? Heck, I don't think so.

I wish we would see it with coaches on the hot seat more. And, make no mistake, Narduzzi should be on the hot seat. The arch and trajectory of the program right now is a straight level.

I mean, in the business world don't we see such a thing with people in sales departments? Don't bosses reach out to sales professionals and tell them on a yearly or quarterly basis or whatever and let them know, "Your sales need to reach X amount or your employment is in serious jeopardy here with the company."

That should happen with Narduzzi.

A hard number. A win total.

Pitt is mired in this stagnation and some will say that no matter who coaches this program that won't change in the short term. I don't buy it. I think Pitt can, annually, be somewhere between the 17th and 25th best football program in college football.

In actuality there are no reasons they shouldn't be.

And that’s annually. Every once in blue moon they should have the pieces in place to do better. That should happen. But even in off years Pitt should be hovering around the 25th best team in the country --- not in their good years.

Is Narduzzi the man who can place them there on a regular basis? I don 't know. He might be or might not be. But I don't know how much more we don't know about the guy --- seems like we know what he is and what he's all about.

Now it's about wins. It's about hard results. There is purely no other measure for a college football coach and program than a win total. It’s hard, it’s fixed and it is what it is.

Narduzzi needs to be given a number to reach next season ... or else. ​