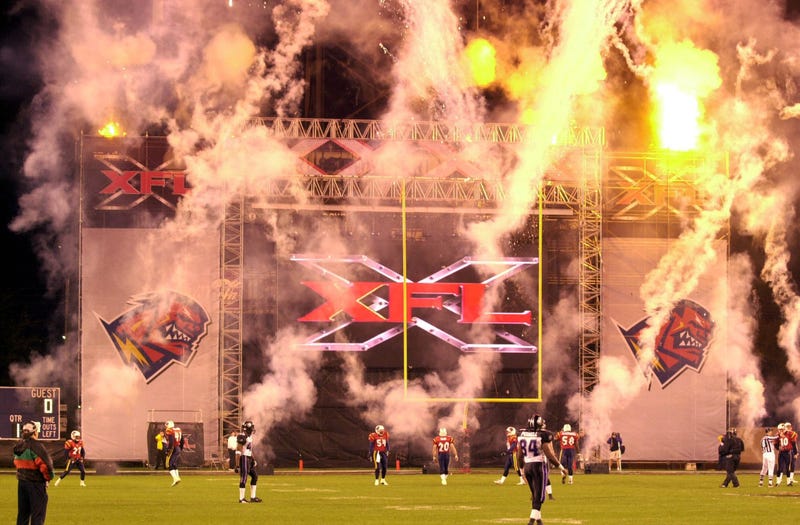 How does this thing work?

I think it is CONTROL-C. Then I select all the text. Yeah, that’s how to do it.

Then a nice CONTROL-V. That should do the trick. Substitute a few mentions and there we go --- it all reads exactly the same.

It wouldn’t be a bad idea. Because it doesn’t matter what sharp people they have working at the top, how much money they have backing them or, really, what sharp people with all that money are intimately involved with the product, one thing keeps rising to the surface …

Just like anything not named the National Football League.

The NFL will flat-out trample, stomp and wreck this thing.

The XFL announced on Monday multiyear agreements with ESPN and Fox Sports to televise games starting in the league’s first season of 2020 --- there will apparently be back-to-back games each Saturday afternoon and then a couple of games on Sunday afternoons.

This is all set to happen on Feb. 8, 2020, just six days after our football-crazy (or, really NFL and NCAA football-crazy) national got to the tail end of the season and had that big, huge, extravagant exhale with the Super Bowl. Yes, the XFL is going to attempt to abut its season right up against the NFL’s and not give anyone a break to get a breath.

Starting any kind of professional football league in this climate where the NFL is king is an insane proposition. Trying to launch it where the schedule is a continuation of the NFL’s and your first games come on the heels of one of the biggest yearly celebrations on the planet is utter lunacy.

"We look forward to showcasing the XFL on ESPN and ABC, including the kickoff game and championship, during the league's inaugural season," said Burke Magnus, ESPN executive vice president, programming and scheduling in an ESPN.com story. "Vince McMahon and Oliver Luck are two of the sports industry's most creative and experienced leaders, and they have exciting plans for this league. We believe in their vision for the XFL, which will be a great addition to our year-round commitment to football."

I know Oliver Luck. He is, to be sure, a brilliant mind and incredibly intelligent gentleman.

That’s what I’m surprised he’s getting involved in this racket. He’s too good for this --- he should know better.

The thing is, I also know the same story when I see it the second time around. All respect to Vince McMahon and the wrestling and entertainment empire he built, this isn’t something that will succeed.

So, just like the AAF, we’ll talk about the XFL for a week or maybe two. We will have fun with the team nicknames, look for any local players who make the respective squads and maybe watch for a game or two.

Then it will move to the backburner.

Then it will move even farther down the pecking order.

Then we will fully forget about it.

And then it will fold. I give it, maybe, two seasons. ​