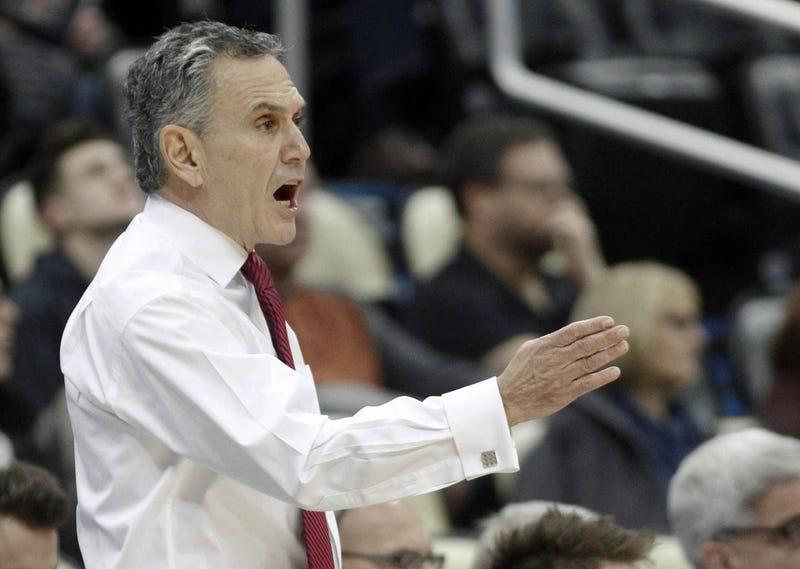 Pittsburgh (93.7 The Fan) - Duquesne men's basketball coach Keith Dambrot, on The Paul Zeise Show, said these are challenging times for programs, especially mid-major programs such as his. Trying to recruit players from a distance with schools shut down is one thing, trying to hold onto what he has is another.

"We have three scholarships to give, but nowadays with the way the transfer portal is you could have eight. It's a whole new world.  Especially when you don't have your kids on campus, I think that's probably the scariest thing for all coaches right now, making sure they retain their players. I think every player on your team at some point now looks for greener pastures.  They may not act on those impulses, but they all look.  Even guys that have had success.  You look at guys that leave our league and they're all playing at the high-majors.  Guys on our team and other teams are looking and saying 'if he can do it, I can do it."

Since his arrival at Duquesne in 2017, Dambroth has played both sides of the transfer game--losing numerous players, while adding others.  In the three weeks since the season ended, guards Frankie Hughes and Ashton Miller entered the transfer portal.  It was the creation of the portal 18 months ago that is the true game changer.

"I think we're becoming more like junior colleges now where we have to retool every year or two," Dambrot said.  "The one thing I'll tell you is we always try to make sure we have some guys on our list so if somebody leaves we have ourselves covered. That's a little bit hard to do when you think about it.  You have to keep people warm, and you don't really have a scholarship."

Coming off a 21-9 season, the immediate future for the Dukes appears bright with juniors Marcus Weathers, Michael Hughes and Tavian Dunn-Martin, but there's no guarantee.

"We have three guys that can graduate and go anywhere they want," Dambrot said. "They have to show some loyalty and stay or we'll have to fix it again.  You just have to keep recruiting because you never know what happens, especially when they're at home and people tamper with them and tell them they can play here, there and everywhere.  That's kind of what the business has turned into."

And Dambrot doesn't expect it to get any easier. He believes the NCAA will soon approve a one-time transfer for all student-athletes, allowing them to compete immediately.