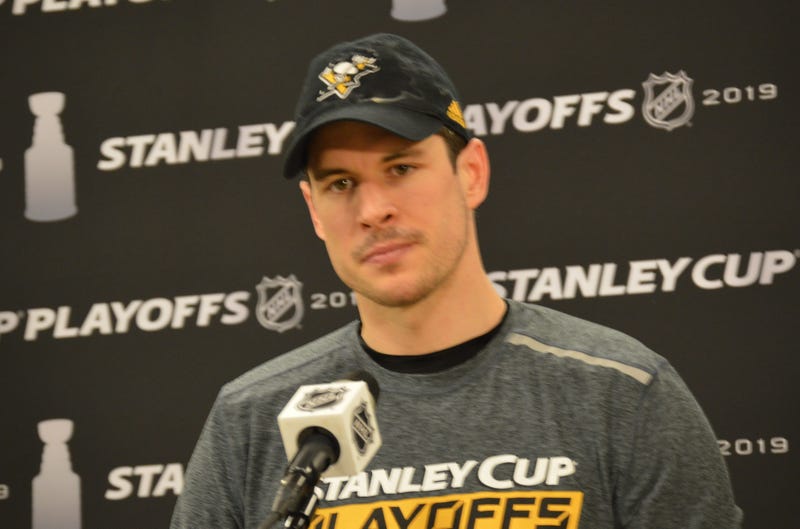 Ahead of what could be the last game of the season for the Penguins Tuesday, Coach Mike Sullivan decided to cancel practice Monday.

Speaking to reporters Monday Sullivan said, “That’s something that we had talked about and planned out based on the schedule before the series even started,” said Sullivan. “We’ve skated eight days in a row now, I believe.”

Sullivan added that they have had success in the regular season after taking a day off and giving his players extra time to rest.

“Our team is looking at one game, we’re going to try to win one game and that’s the mindset we need to have but I can tell you that as the coach of this group, that I believe in this group that we have,” said Sullivan. “This group is capable of great things.”

The players know it isn’t over yet but they’ll need to win four in a row, something that has only been done four other times in NHL history and they know that needs to start with one win.

“I’d love to be a part of a team that comes back from that and we believe that it starts with just winning one game,” said Captain Sidney Crosby.

Goaltender Matt Murray said coming back from the 3-0 deficit would “be great” but they can’t do that without first winning one game.

“We’re focused on one game at a time, you can’t do anything more than that.”

Defenseman Brian Dumoulin says they didn’t practice much in the month of March and “found some success” during that stretch.

“At this point I don’t know if it’s tactical and we just need some rest and obviously just got to focus on winning one game,” said Dumoulin.

The penguins have only been swept a 4-game series three times in their playoff history.

The Blackhawks did it to the Pens in 1972 the Bruins in 1979 again in 2013 and now the Islanders could sweep the Pens Tuesday night at PPG Paints Arena.