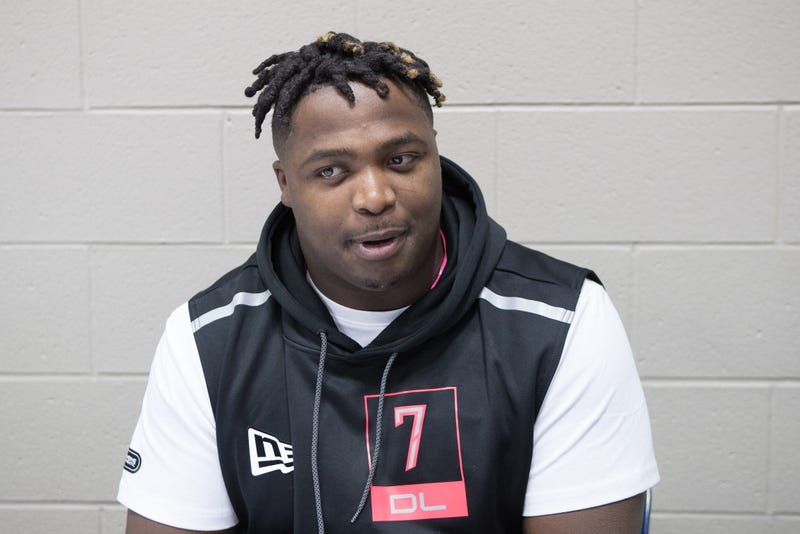 PITTSBURGH (93.7 the Fan) – As the Steelers go through a first ever virtual rookie camp, defensive lineman Carlos Davis is preparing for wherever his new team would need him to do.

That could be nose tackle, defensive end or defensive tackle.

The rookie from Nebraska is dealing with unprecedented times, because he’s part of the first Steelers rookie class ever that can’t meet with his teammates or coaches.

“There is a little uncertainty there just because it’s a different draft class,” Davis said.  “We aren’t able to be there, so it does raise a little concern.  I’m just focused on learning the playbook right now and when we do get to be there, going to work.”

While limited in how he can workout at home, Davis is bouncing ideas off his twin brother, Khalil, who played next to him in college.  Carlos says he’s “too close” with his brother, they talk all the time.  Khalil was chosen a round earlier in the draft this year by Tampa Bay.

Davis does have a copy of the plays and has met his position coach over various modes of communication using his phone.  He enjoys the way defensive line coach Karl Dunbar teaches and coaches.

“We dove into the playbook about a week ago with Coach Dunbar, just he and I,” Davis said.  “I got to go over the plays before we went together as a rookie class.  This is my second time going through the installs.  So I’m really just trying to fine tune everything and dive into the defense.”

He says the veterans have been willing to help, offering great advice and suggestions.

“Cam (Heyward) reached out to me and he was just really helpful,” Davis said.  “He seems like a really good guy, I haven’t met him in person, but over texts he seems like a good guy.”