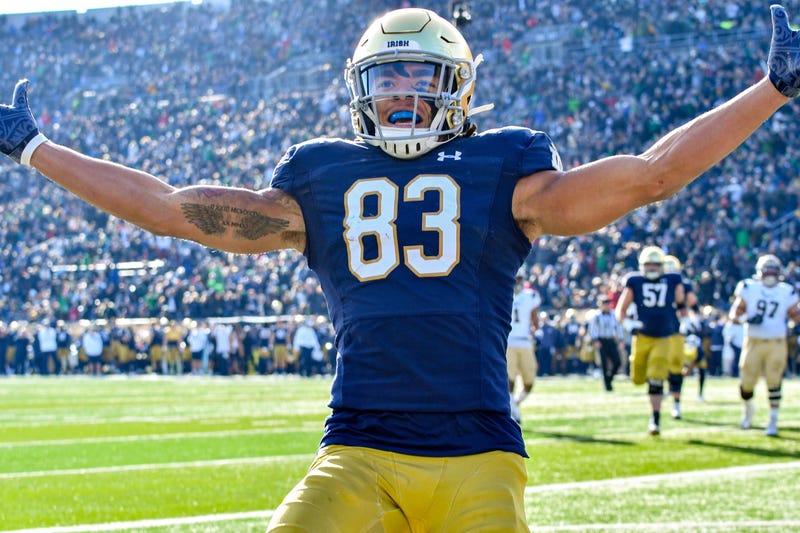 PITTSBURGH (93.7 the Fan) – We must have had dozens of mock Steelers picks from local and national experts on 93.7 the Fan over the last few weeks and not one of them selected who the Steelers selected, wide receiver Chase Claypool from Notre Dame.

On the field, the numbers were 66 receptions for 1037 yards, a 15.7 yards per reception average, and 13 touchdowns as a senior.

A native of British Columbia, Claypool put his own high school tape on social media and told by coaches to attend a college camp and he was noticed when attending a camp at Notre Dame.

Quarterback Ben Roethlisberger called him right after he talked to Steelers coaches and officials and said JuJu Smith-Schuster texted him.

Claypool said JuJu was one of the players he watched tape of his senior year in college to improve.  Also studying Calvin Johnson and Julio Jones.

He is also working with former Bengals receiver T.J. Houshmandzadeh in California and believes that should help him get up to speed with the lack of reps with team headquarters closed during the coronavirus pandemic.

“A big thing is going into the right situation, where you get drafted,” Claypool said.  “It’s a historic team with a proven background.”

“It’s a pretty cool opportunity to play with a quarterback like Ben who’s been in the league for a long time and knows exactly what it takes to compete.  I was fortunate to be drafted in the right situation."