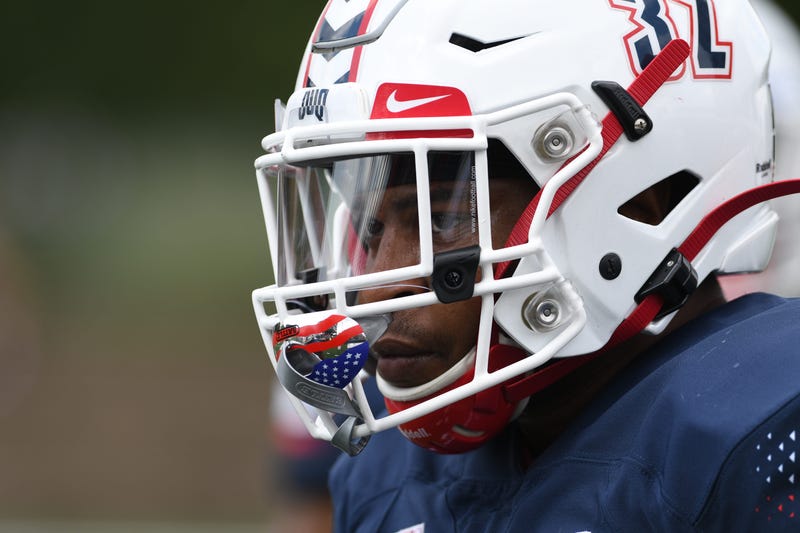 PITTSBURGH (93.7 the Fan) – No one has rushed for more yards or more touchdowns in Duquesne history than A.J. Hines.  Will that land him an opportunity in the NFL?

“I can bring hard work and dedication always,” Hines said.  “That will to win is always enough.”

Hines was a Dukes team captain, a three-time All-American, 2018 NEC Offensive Player of the Year and 25 times he rushed for over 100 yards in a game.

He had to have a photographer tape him running drills and sprints and his agent sent that to teams, as his Pro Day was cancelled.

The 5’11”, 225 pound Hines was fortunate as he was able to have a couple of months of training with several NFL athletes at a facility in Miami.  And he did learn from watching how professional athletes train and he listened to all advice that was given him.

Hines says he can do it all for a team, describing himself as an old-style, physical runner, but he can make someone miss in a hole and can pass block.  Saying he will play special teams and do whatever it takes to win.

The Wilson, North Carolina native would prefer not to move.  Hines grew up a Steelers fan and enjoyed his college experience on the Bluff with head coach Jerry Schmitt and his teammates.

“Playing at Duquesne has been a wonderful experience,” Hines said.  “I was glad to be a part of that program and make history.”

There were many lessons that year, the season opened with a 48 point loss at UMass, another 21 point loss at Hawaii and a loss in the conference opener to Bryant.  Right before that NEC defeat, the team dealt with the loss of teammate Marquis Brown, who died on campus.

Hines said it was a tough time for himself and his teammates, but they became stronger and persevered.