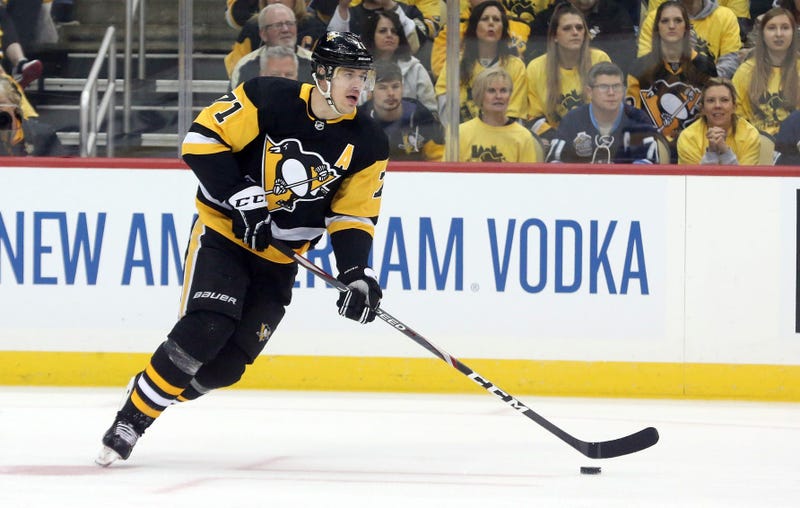 PITTSBURGH (93.7) – The start to Evgeni Malkin’s 14th season with the Pens went terribly and he wasn’t going to sugar coat a 3-1 defeat to Buffalo at home.

“It’s not good for us, we need to change,” Malkin said.

The Pens committed 17 giveaways and were outshot by 12.

“I don’t think you can sit and point to one area, I think it was a lot of areas to our game where we just didn’t have an element of consistency,” Sullivan added.  “I don’t think there was cooperative effort.  It’s hard to play this game in the absence of it.”

Malkin scored the only Pens goal as they converted one of five power play changes and Malkin said there wasn’t always the effort needed.

“Every power play you need to play hard,” Malkin said.  “You need to work.  They give us a chance, we need to play hungry and win a puck in the corner, play right.  Nobody wants the puck, no one supports Tanger.”

To which the veteran defenseman Kris Letang said “I think overall for 60 minutes, they wanted it more than us”.

Malkin thinks his team played hard for half of the game and that’s not good enough no matter who you are playing.  Malkin plans to address this in meetings before practice on Friday.