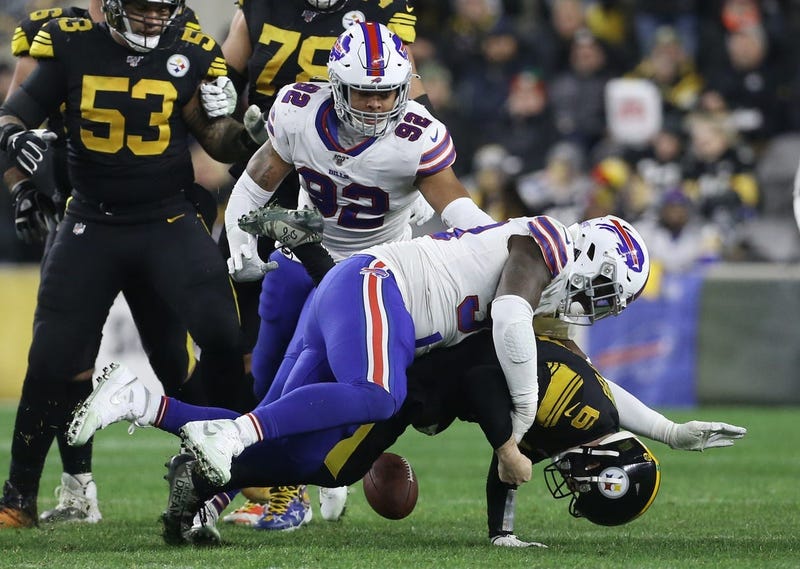 PITTSBURGH (93.7 the Fan) – It was his worst pro game on the biggest stage against the best defense he’s seen, Devlin Hodges threw 4 interceptions in a 17-10 loss to the Bills Sunday night.

“Quality execution by those guys,” Mike Tomlin said of the reasons for the turnovers.  “Not only schematically but the play.  They have a really good defense.  We knew that and they confirmed it.”

“They’re a great defense,” Hodges said.  “They’re a playoff team.  It was a good learning experience for me.”

“They brought pressure, a lot, and it kept Duck from getting out of the pocket and extending the play,” said receiver James Washington, who said Hodges never got rattled.  “Hats off to the Bills defense, they played pretty good.”

“It might be more humbling,” said guard Ramon Foster of what this game might mean for Hodges.  “It might be a position of learning what NFL defenses do to you.  That’s us across the board.”

Foster said despite the mistakes, they still had a good chance to tie the game at the end, which is a credit to the first year player from Samford.

“I just have to focus on next week,” Hodges said.  “Go in tomorrow and learn from mistakes.  Usually you can learn from these types of games more than you can a win.”

After spending weeks as a Pittsburgh hero and getting loud ovations when he attended games, how will Hodges handle his first pro loss.

“It’s disappointing right now obviously,” Hodges said.  “You hate to lose, but I think after the first loss, how you respond is going to define who I am.”