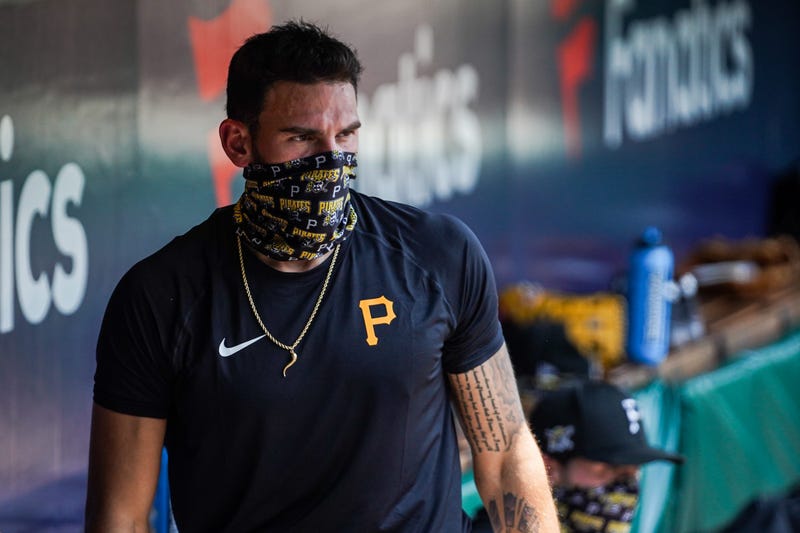 PITTSBURGH (93.7 the Fan) – Throwing a five inning simulated game was not the only thing Pirates starter Joe Musgrove did on Friday.  He continues to establish himself in a leadership role with this young team.

Musgrove believes veterans need to set the example and if you see the lead guys around the team wearing a mask, the others will fall in line.

“We are not trying to boss people around or call shots, we are trying to get everyone to wear them as much as we can,” Musgrove said.  “I feel like the more often I wear mine, people are going to see it and want to wear it.  They are not going to want me to yell at them or say something to them, so they will throw it on.

“I don’t want to wear it anymore than the next guy, but we are trying to keep guys safe.”

Musgrove realizes that if a player has to be quarantined for even a week, that is around a tenth of their season.  Plus he wants to keep a positive attitude around the players.

“It sucks that we have to wear it, but if everyone comes in bitching and complaining all day about having to wear these masks, our energy is bad, no one wants to be there and the energy kinda sucks,” Musgrove said.

“I think he embraces a leadership role,” manager Derek Shelton said.  “And has taken that not only on the field, but off the field also.  He is the first guy that is wearing his mask when he walks in.”

“I think he is going to step into that role on the mound, but also in the clubhouse.  I think that is very important because he has the traits and ability to lead.  Players look to him to do that.  I’m excited that he’s taken that next step in his development.”

Shelton didn’t officially name him the Opening Day starter, but the fact Musgrove was the first to throw a sim game on the first day of workouts is about as telling as any words the manager could have uttered.