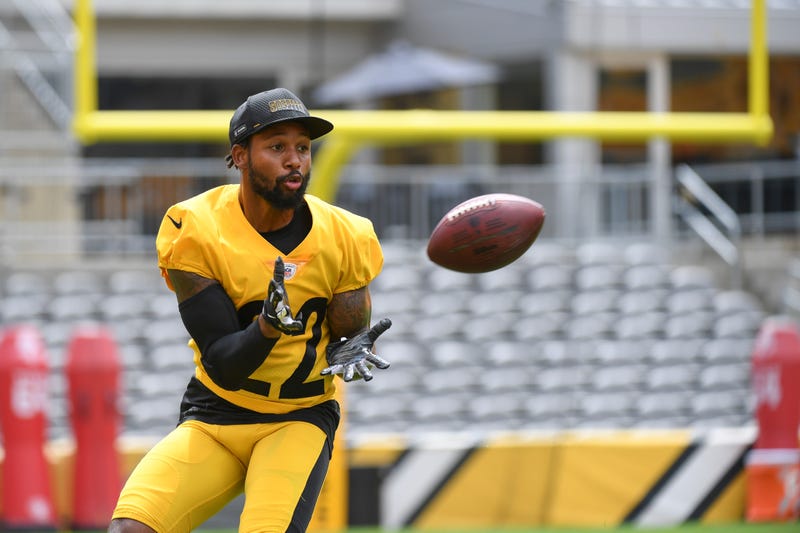 PITTSBURGH (93.7 the Fan) – Their defense was the reason they had any chance to make the post-season last year, now corner Steven Nelson is hoping for some recognition for his first year with the Steelers.

“I feel like I am underrated,” Nelson said.  “A lot of people feel that way as well. This year, one of my goals is just to be recognized as one of the better corners in the league and just my role on this defense, being a professional, a veteran guy that’s going to come to work and do my job so we can all reach that same goal.”

Nelson didn’t have big stats last year with only one interception and eight passes defended.  The 27 year-old thinks that is deceiving.

“It’s funny,” Nelson said.  “I think it was 2018 when I had four interceptions, but I gave up a lot. Statistically, people say 2018 is my best season, but last year, I didn’t give up a touchdown. There were a lot of other small details in the stat line that would probably make a good argument.”

Nelson also believes as the season progressed, quarterbacks progression took them away from his direction.

“I did kind of notice that in the middle of the year I wasn’t getting as many targets,” Nelson said Tuesday.  “If I did get a target, I felt like it was an opportunity for me to get the ball. This year, I hope that changes.”

“Steve’s a good player,” said Steelers senior defensive assistant Teryl Austin.  “He likes to be underrated because that gives him that little chip he needs, and I like that.”

“What you’re going to get from Steve, you’re getting that every game. He’s a tremendous worker, tremendous pro.”

Nelson doesn’t like questions about his size and thoughts of him being small at 5’11”.  The former Chiefs defensive back believes it’s his hard work that has led to improvement.

“Having a lot of experience and film study, I do feel like I’m quicker than a lot of big guys and can pretty much beat them to a spot,” Nelson said.  “With film study, that gives me an edge on that.”

Nelson said the Steelers are glad to be back with good energy and said Pittsburgh is a like a brotherhood.  He didn’t have issues of starting camp, even with the coronavirus concerns.

“It’s been great,” Nelson said.  “Just being at home and being in quarantine, guys were getting very anxious with everything leading up to the report date. I think when guys got to do it, it is a sense of relief.”

“It’s therapeutic once you get into your routine and just have something to look forward to like, ‘Wow, we’re actually doing this’.  I think so far, the NFL has done a great job of taking care of guys.”