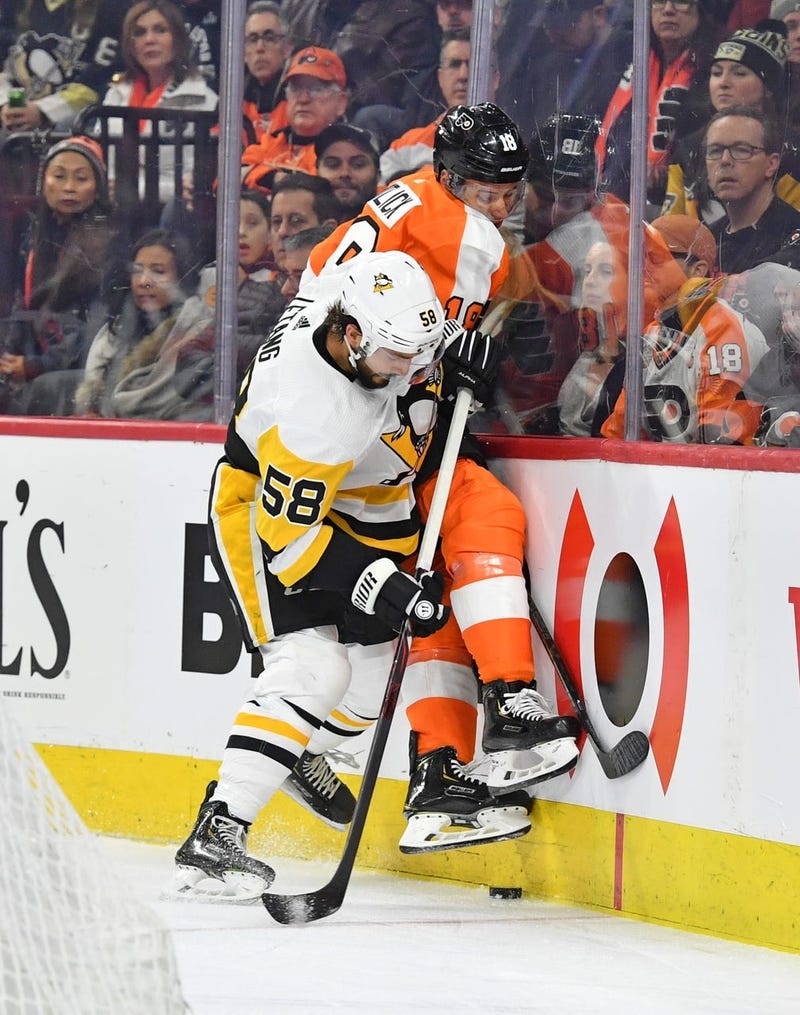 PITTSBURGH (93.7 the Fan) – There are unintended consequences to having NHL teams sharing hotels in a bubble, as Penguin Kris Letang found out on Sunday.

Letang was checking out the potential home for a couple of months when confronted by the hated rival.

“The first day we were trying to look around and I ran into the entire Philly team,”  Letang said Wednesday.  “It was a little awkward.”

But instead of a brawl in the hall, Letang and a long-time buddy let cooler heads prevail.

“I know Mr. Voracek (Flyers forward Jake) really well,” Letang said with a smile.  “He made me feel a little bit better.”

This likely won’t be the only hotel encounter in Toronto, maybe the next time won’t go as well.

“It’s not too awkward yet, but we haven’t been playing,” said goalie Tristan Jarry.  “I’m sure as we get playing there may be a little tension that builds.”