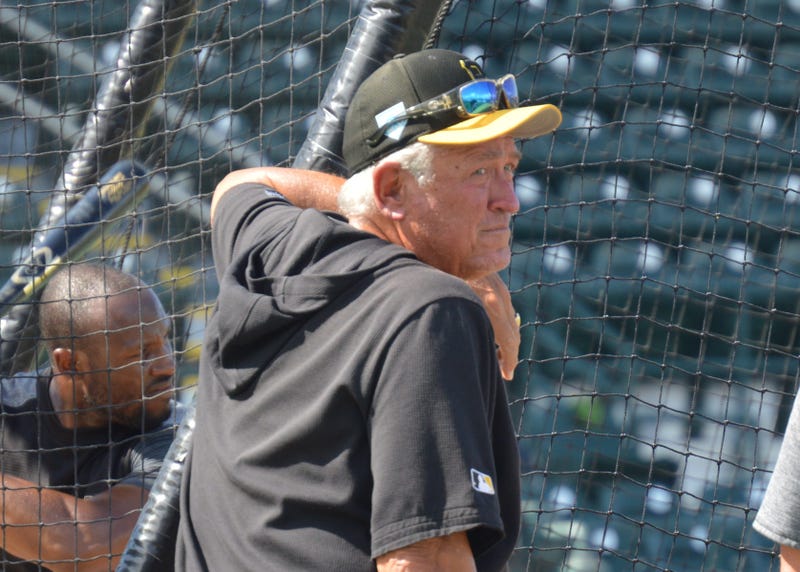 PITTSBURGH (93.7 the Fan) – Pirates players to a man say Clint Hurdle handled his last talk with the team, pregame on Sunday, with class and professionalism.  That doesn’t mean they won’t welcome a new voice.

“In order to get back on track and get back to being a playoff team, we do need something different,” said starting pitcher Chris Archer.  “The past couple of years haven’t been great as a whole.”

“I can look myself in the mirror and say I can be better too.  So this isn’t an attack by any means, a new person at the helm might spark us going back in the right direction.”

“When the message is given over and over by a manager, continuously throughout the year, I feel like sometimes his voice starts to lose value in a clubhouse full of guys,” said pitcher Joe Musgrove.  “I feel like we could have done a better job of taking the initiative to hold each other accountable and address the issues.”

Stallings also echoed what some of his teammates said, taking some blame.

“I feel a little responsible cause at the end of the day, players go out and play the game and we didn’t do well enough to keep him around, on the field or off the field frankly.

“I’ve always hated when the players do bad, the coaches and managers take the blame,” said pitcher Trevor Williams.  “I do know the guys in this clubhouse believe in each other and want to fight for each other regardless of what goes on managerial wise.”

Players were also thankful to the time they had with Hurdle.

“It’s tough, there are a lot of good things I’ve learned from Clint,” Musgrove said.  “I don’t think there is one person to blame for this, unfortunately the leader of the pack has to take the hit, but he wasn’t dealt the best hand of cards with the stuff we put him through.”

“He’s been the face of the franchise from the moment you walk into Pirate City, he’s the guy you want to play for,” said All-Star Josh Bell.  “He took this team from where it was to where it got.  Hopefully we can move forward, him and us.”

“What he means to this organization and what he brought it back from,” said interim manager and full-time Pirates bench coach Tom Prince.  “I was a player here, what he did to rebuild it and was a part of it—tremendous.  And what he stands for and how he cares about people more than the game, you don’t find that anymore.”

Prince will likely be one of the internal candidates to replace Hurdle, along with Jeff Banister.

It does seem as if the nine years and winning overall record by Hurdle, won’t be forgotten in the clubhouse.