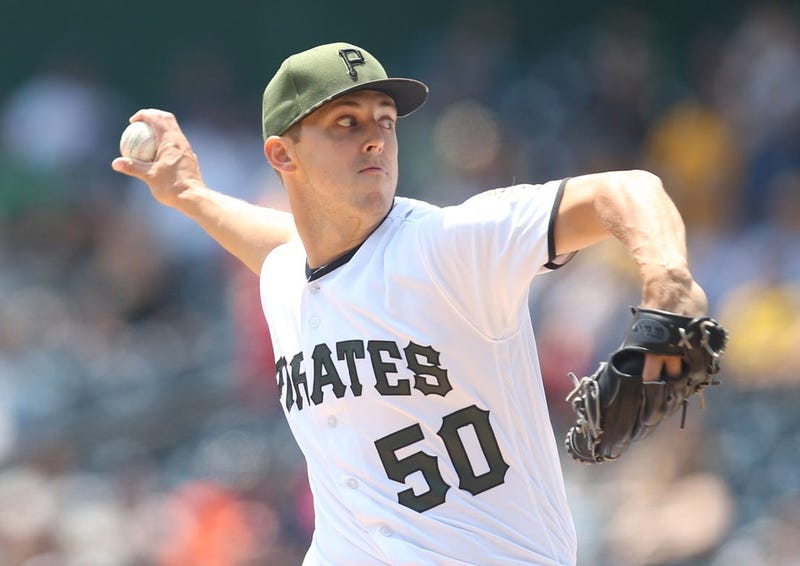 PITTSBURGH (93.7 the Fan) – If you enjoyed the last few months as baseball argued about a return from a pandemic.  Wait until they negotiate for a new collective bargaining agreement after next season.

“To see our game get slandered on social media so much and to see the bad press that it brought and the sour taste it left our fans,” said Pirates player representative Jameson Taillon.  “I hope that’s enough to wake both sides up going forward.”

Taillon said the information players were seeking and the unification this has brought has been eye-opening.  The Bucs pitcher said guys were asking a lot of questions and it woke a lot of players up.

He was also annoyed with the fear tactics and media leaks used by the owners during this process.

“Hopefully both sides will learn something and we can put that in the past and kind of come together and bring each other alongside on the journey instead of making it one side against the other and one side has to win,” Taillon said on Wednesday.  “Hopefully we can find a way where we can all win because I think that’s best for everybody.”

The 28 year-old Taillon had good things to say about the Pirates new regime and the communication it had with the players during the pandemic.  Taillon said they were able to keep it fun, yet provide detailed schedules and plans.

“Bob (Nutting) wanted to play as many games as possible and was an owner that did want to get back on the field and play,” Taillon said.  “From the players side, I’m very grateful for that.”

Taillon said they will now work to win back the numerous fans still soured.