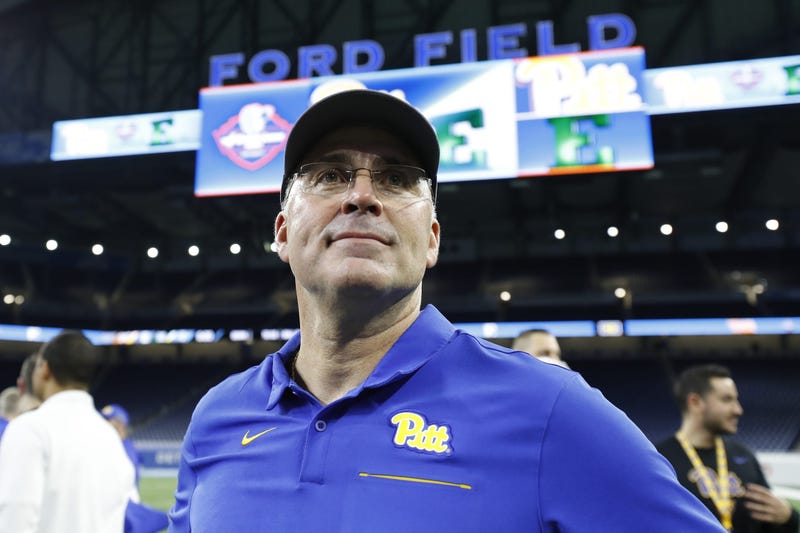 PITTSBURGH (93.7 the Fan) -  In the midst of a 45 minute Zoom conversation with reporters on Friday, fiery, competitive Pitt head coach Pat Narduzzi said this is a time where we are all on the same team.

Asked about when we could see college football begin, Narduzzi said he would like to have four to six weeks and then added.

“We can sit here and hope and hope and wish, but it’s all going to be how we all social distance ourselves and take care of our business,” Narduzzi said.  “That’s why it’s so important that everyone does their job.”

“You talk about a team.  Right now the USA is a big team and we are all in this together.”

“We all want the same thing.  We want the economy to open back up.  We want football, basketball, we want hockey to finish its season.  We want it all to happen, but the one way to do it is to stick together as a team and make this thing happen.”

The six-year Pitt head coach said while everyone is a little bit scared, we are lucky to live in Pittsburgh with UPMC and those working on a cure.

Narduzzi said he tracked where all of his players went during spring break and where they are now and said his guys and staff are safe and healthy.

While missing the interaction with his staff and players, Narduzzi does enjoy seeing his family and the ability to walk in his own kitchen for food and coffee during the day.  Saying they could continue to coach like this, but the reason you get into coaching is for the relationships.

The stay at home order has allowed more time for movies and television and Narduzzi does have a recommendation, at least of what not to watch.

“That stupid Tiger thing (Tiger King), what anybody is getting out of that stupid thing,” Narduzzi said.  “I watched one episode of that and said ‘guys, I’m outta here’.  Are you kidding me?”

There is a part of me that can’t wait for Narduzzi to say something like that about the media again, that would mean we are all back and enjoying the distraction sports gives us.