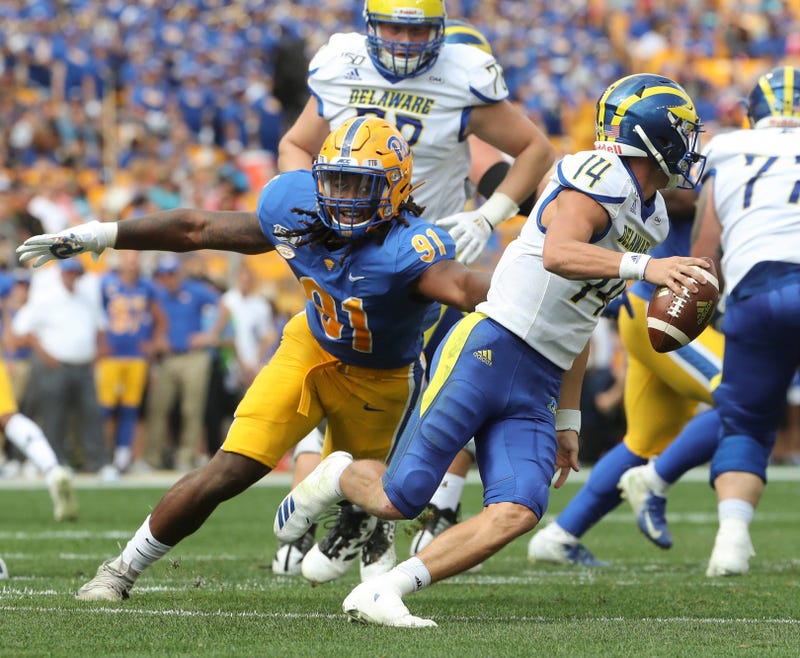 PITTSBURGH (93.7 the Fan) – Not sure when they will get together to play college football, Pitt senior Patrick Jones has been affected on multiple levels by the coronavirus pandemic.

His senior season potentially in doubt and his sister had COVID-19.

“It was kind of messed up because they didn’t take her (at first), they only took people that were critical, almost near death,” Jones said on Wednesday.  “My sister’s symptoms were pretty severe and she couldn’t even get a test until it was almost to one of the worst points.”

“Thankfully she was blessed, and God was watching over her and pulled through it.”

Mia Jones works for a business in downtown Atlanta and quarantined at her house.

“I’m 100 percent ready to go back and get back to work,” Jones said about football.  “At the same time, I trust that my brothers are doing the right thing and I trust all my brothers.  I’m 100 percent comfortable.”

“I’m 100 percent comfortable,” Twyman said.  “I’m ready to get back with my brothers.  I feel safe around them for sure.”

Twyman said he hasn’t heard of a date to return to football activities, but said he was told when they do, they will be broken down into 8-10 small groups and everybody will wear masks.

Jones says he watches the news and has seen the reports of the intensity of coronavirus picking up in the Fall, so he’s approaching the season with extra focus.

“I’m really playing every game like this is my last, in case, God forbid, something did happen and the season gets cut short,” Jones said.

Twyman said it would be sad if Jones’ season was shortened, so he is dedicating this year to the seniors.  The All-ACC defensive end out of Washington D.C. also has another idea.

“(At) Heinz (Field) before every game there should be a moment of silence to all who have fallen to COVID-19.”