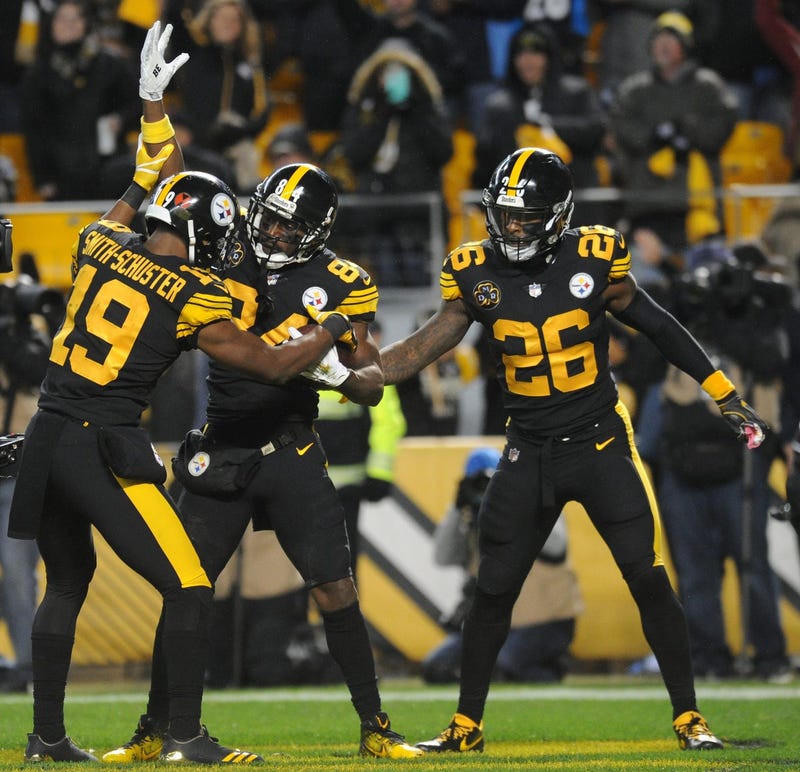 PITTSBURGH (93.7 the Fan) – You might be surprised at the reaction when we asked some current, veteran Steelers about Le'Veon Bell.  The words weren’t revenge, or distain, or anything negative.  The word we heard was love.

“We always love L-Bell,” said offensive captain Maurkice Pouncey.  “We always appreciate everything he's done.  It’s a brotherhood, I know the outside world don't get this.  We always want the best for each other."

This is about the same teammate that players were openly critical of for missing camp and then the entire 2018 Steelers season, when they missed the playoffs by a game, because he wanted more money.

“I cherish the memories, it was fun to play with him,” said veteran David DeCastro.  “Obviously the business side sucks, I wish there was something the league could do to change that so they wouldn't put guys through that.  I'm glad he got some money & is doing well"

“We weren't mad at him not being there, we knew he had business to take care of and trying to get what he thought he was do,” DeCastro added.  “Just an unfortunate part of the business side of it, nothing personal."

Pouncey said he got a text from Bell after the Cleveland incident, showing support.

"I have the utmost respect for him, hell he did it his way and rightfully so and what's wrong with that,” Pouncey said.  “He made the right decision for himself."

Pouncey says the NFL is tight and was asked if he, Browns tackle Myles Garrett and Bell might go bowling some day-referring to Le'Veon being spotted at the bowling alley last Saturday night after being scratched from the game due to illness.

sports
NFL Field Operations to Investigate MetLife Stadium Turf
news
¿Les Reembolsarán los Gastos de Escuela Virtual a los Padres de Familia?
news
CDC Walks Back Updated Guidelines That Stated COVID-19 Is Spread Mainly Through the Air
music
Behind the Scenes of Machine Gun Kelly's 'Tickets To My Downfall' Album Cover
music
Someone Tried To Take Trapt To Judge Judy but the Band Says They Will 'Never Go'
music
Maren Morris on Postpartum Depression: 'You Just Feel Like You Suck at Every Level'