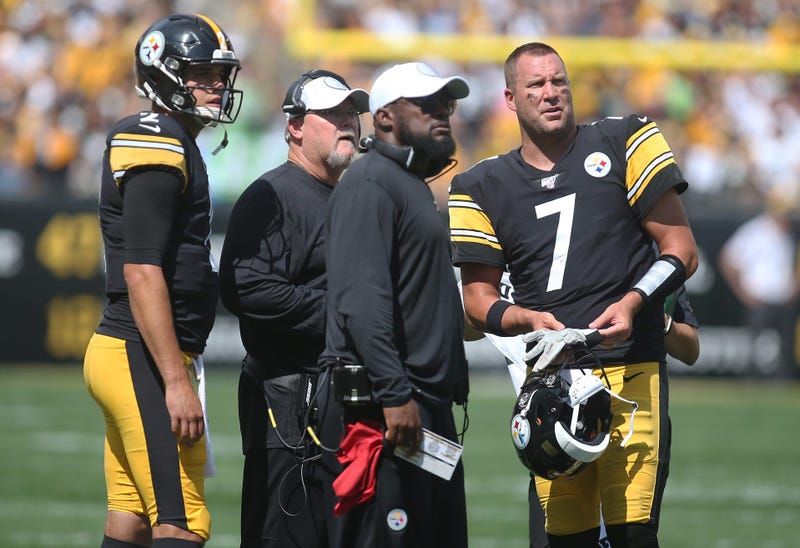 PITTSBURGH (93.7 the Fan) – With Ben Roethlisberger out for the season with right elbow injury, it's Mason Rudolph's time now.

“I’m completely confident,” Rudolph said.  “I’ve always been confident in myself in being a leader of a team and winning games.  If that’s the case, I’m ready to roll.”

Rudolph’s second NFL pass went off the hands of receiver Donte Moncrief and led to a Seattle touchdown, but the 24-year-old ended up 12 of 19 for 112 yards and a couple of touchdowns.

“Mason did a really good job coming in there,” said veteran guard David DeCastro.  “He was prepared, confident and there was no let up.  He gave us a real, real good shot to win that game.”

“He brings that spice to the table and that’s what we can expect from him,” said Steelers receiver and Oklahoma State teammate James Washington.

“I think I’ve earned the respect of these guys every day I’ve been here,” Rudolph said.  “That kind of gets developed in practice, they know player I am.  I wasn’t trying to do anything fancy or special, just be who I am and communicate clearly.”

Rudolph said he was ready for the opportunity and said having Roethlisberger out for last Wednesday’s practice really helped him because of increased reps and said he said he felt prepared.

Roethlisberger communicated with Rudolph on the sidelines.

Specifically, some ball placement issues, the turnover and he believes he didn’t give his teammates enough of a chance to finish on the final drive.

Rudolph did say what veteran quarterbacks would say, he credited his offensive line for the touchdowns and took blame for not completing the failed two-point conversion.

Roethlisberger hasn’t missed consecutive games in a season since 2015 and the young, South Carolina native says he will take the same approach.