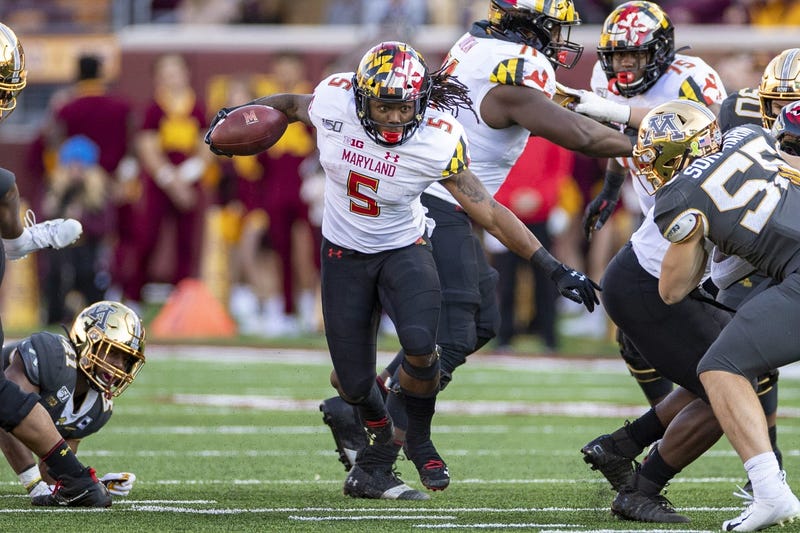 PITTSBURGH (93.7 the Fan) – It wasn’t a big deal last year, LeVeon Bell’s number was worn by linebacker Mark Barron.  Now with Barron released, the number is again on the back of a Steelers running back and that could weigh on the shoulders of a young man.

“I think he has the ability to be just as good as Le’Veon Bell, if not better,” Bush told the show.  “The kid can flat-out fly.  He’s explosive.  He is a game-breaking type of player.”

McFarland said Saturday he heard what Bush said, definitely means a lot coming from him.  Adding he hasn’t played a down in the NFL.

In fact, he didn’t chose number 26 to make a statement.

“I didn’t want people to think ‘oh, I wanted to be better than Le’Veon’, that’s not the type of person I am.”

“If anything it would be that I look up to him, I idolize Le’Veon Bell.  I watch his game.  I study his film.  It’s someone that’s been a great back in the league for a long time.”

McFarland doesn’t come in with the pedigree or higher round expectations that Bell came with, but he had some games in college with numbers like the former Steeler.

As a freshman McFarland rushed for 298 yards against Ohio State, 210 yards against Indiana and 6 carries, 112 yards and 2 touchdowns against Minnesota.  His final college game, against Bell’s old Michigan State team, McFarland carried it 8 times for 134 yards.

The Maryland native says he’s willing to do whatever on special teams and is working out every day to be in the best shape of his life.

McFarland said he has heard talk of him being a small back, standing 5’8” and weighing 208 pounds, but says plenty of small backs have done it.

“He’s a downhill runner, but if he gets on the outside,” Maryland and now Steelers teammate Antoine Brooks said.  “He’s gonna burn you.  He is going to use that speed. He’s gonna use that attitude and aggression he has and get that first down.  He will get whatever he wants to get.”