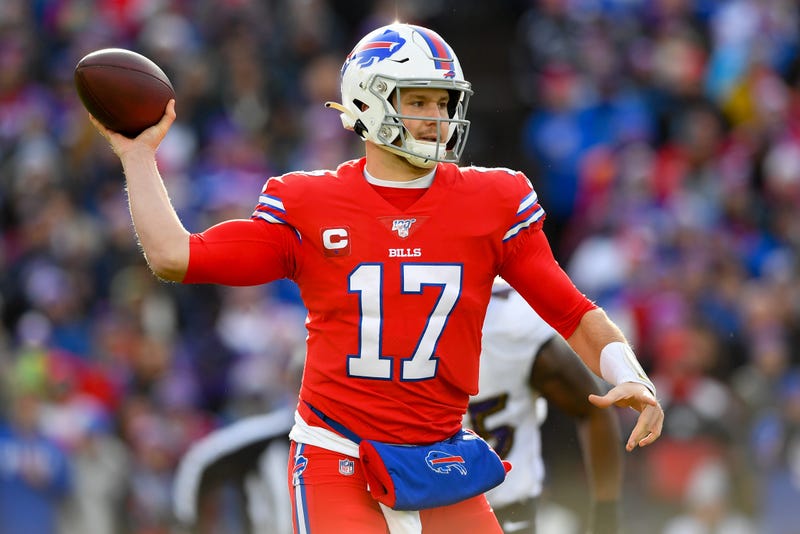 It doesn't get much bigger than this. Some may even say it's a "5 star matchup". Here's what I'm watching for on Sunday night.

Count me as one of the detractors this season of the Buffalo Bills. I didn't think we'd be here talking about wrestling the 5th spot in the AFC playoffs from this team. I thought they would have fallen off by now.

But here we are and Buffalo keeps proving me and many others wrong. When this game was originally flexed into primetime, my first reaction in working a morning show was dread given my sleep schedule. But, in terms of the actual game, I think it favors Pittsburgh.

The Steelers are 18-11 on Sunday Night Football and 9-6 at home under Mike Tomlin. Lots of experience, fair amount of success with those numbers be skewed by a couple losses last year on SNF. You look on the other side and the Bills are very limited in their primetime, "bright lights on them" experience.

The silver lining for Buffalo is that they got that exposure already this year in their win on Thanksgiving in the what feels like a 1,000,000 seat stadium in Dallas. What do they do this time around? Does the stage impact them?

He's been a great story. A cult hero. A winner.

But he's also faced a Baltimore defense that didn't quite have its legs under it yet, a Chargers squad that's been up and down and a Cincinnati and Cleveland defense that's certainly had its holes.

None of them are at the level of the Bills. Buffalo comes in 3rd in yards allowed and 2nd in points surrendered. They feature a lockdown cornerback in Tre'Davious White and a respectable pass rush. You'd think the gameplan stays the same with him, not opening him up to making mistake and having him throw to the open options.

But this will be the most pushback to that philosophy. Could it all crash down?

3. Josh Allen vs. The Blitz

The Bills 24-17 loss to the Ravens last weeks exposed something very interesting.

Not only in that the Bills hung in there against the league's hottest team but that the Ravens found a blueprint for Josh Allen. They contained him, not letting him utilize his athleticism to get out of the pocket and they blitzed him.

That's what Baltimore does in general, but it was extra effective. According to ESPN, Allen was 7 of 24 on the 30 instances he was blitzed by the Ravens and was 1 of 15 on throws that traveled at least 15 yards downfield.

He's also been sacked 10 times in the last 2 weeks. Could be a recipe for disaster for Buffalo.

These two teams are essentially looking in the mirror when they look to the other sideline. Two teams that weren't supposed to be here, have this much success with the circumstances dealt to them.

Both have relied on an outstanding defense, although built a little bit differently. The Steelers have been more apt to give up yardage but are far more opportunistic, creating 36 takeaways as compared to Buffalo's 21.

Both have insulated their quarterbacks, rarely having their "young cubes" as Mike Tomlin would say, throw for more than 30 times. In fact, Allen has not thrown for over 300 yards all season long. It's a running back by committee approach on both sides, Devin Singletary and Frank Gore in Buffalo and the bevy of backs in replacement of the injured James Conner who might return this week.

So something's got to give. Who does the same thing the best? Or maybe it's...who makes that one mistake that kills them? Or makes that questionable coaching decision?

Enough can't be said about how important this seed is to have if you want to win at least one game in the playoffs.

If things hold and you don't have to play the red hot Titans, it's a matter of playing the Houston Texans in the Wild Card round who have been as up and down as it gets or playing the Kansas City Chiefs with Patrick Mahomes and an electric KC offense. ​

Hey, maybe New England even falls to three, they've got a date with Buffalo before the regular season ends and as questionable as they've looked at times, who wants to face Brady & Belichick in January?

Buffalo News Bills writer Vic Carucci joined The Fan Morning Show Friday and added another element on top of things for the Bills in that if they lose on Sunday and then fall to the Patriots next week in Foxborough, they will play the New York Jets in a win and you're in situation in the midst of a three-game losing streak. Confidence wouldn't be running all that high and that point and who knows what happens from there.

It may not be playoffs or bust for either team heading in, but the chances of actually being able to make some noise in the postseason is.