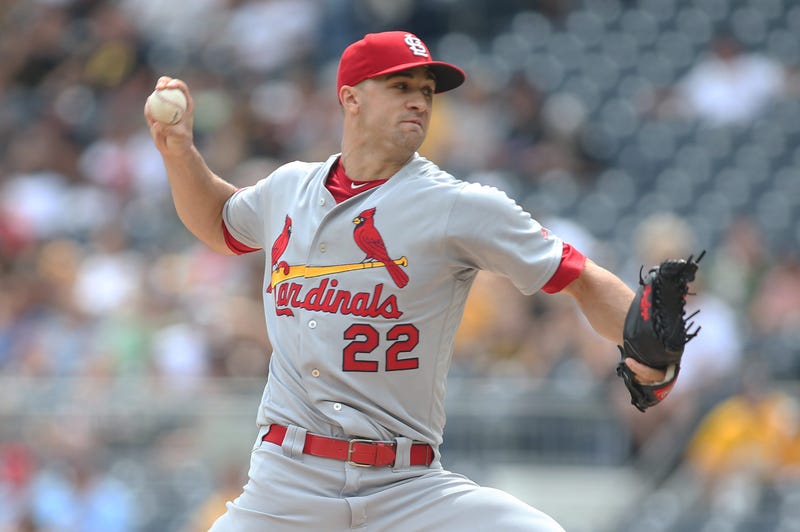 PITTSBURGH (93.7 The Fan) - St.Louis Cardianls Starting Pitcher Jack Flaherty goes eight scoreless innings and strike out ten on his way to his tenth win of the season in the Cardinals 2-0 victory over the Pittsburgh Pirates Sunday afternoon at PNC Park to take two of three in this weekend series.

Flaherty has been one of the best pitchers in baseball since the All-Star break and going against James Marvel for the Pirates it seemed like advantage Cardinals, but for the first 4 innings Marvel matched Flaherty on the mound.

Eight of the first fourteen Cardinals batters were retired on a groundball to second baseman Adam Frazier or a flyball to center fielder Starling Marte.

On the Pirates side, Flaherty only allowed one runner to reach second base in the first four innings and that was a leadoff double by Kevin Newman in the bottom of the first.

After Marvel got Yadier Molina to groundout to shortstop to leadoff the top of the fifth, Matt Carpenter then doubled to the game in left followed by an RBI single to bring home the first run of the game for the Cardinals.

Colin Moran led off the bottom of the seventh with a single for the Pirates, but Jose Osuna lined out to second and Melky Cabrera grounded out to first, but Moran moved up to second base.

Frustrations began to show during the Frazier at-bat as Flaherty got a couple pitches called strikes that appeared to be outside and Clint Hurdle, after the second strike call, and Frazier, after the strike three call, were ejected by home plate umpire Roberto Ortiz for arguing balls and strikes.