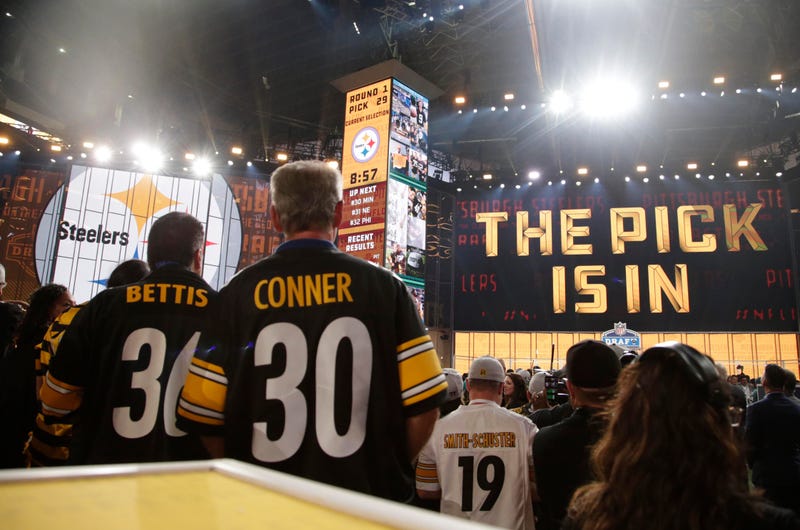 PITTSBURGH (93.7 The Fan)- RADIO.COM Sports NFL insider Michael Lombardi is no stranger to an NFL front office. He served as an executive with the 49ers, Browns, Eagles and Raiders and was an assistant to the coaching staff in New Englad as well.

Lombardi joined The Fan Morning Show on Wednesday to share his expertise on what exactly Steelers GM Kevin Colbert if facing in this year's draft...not only in limited picks but limited information.

"Knowing Kevin, I think he's just going to sit there and say, 'Whatever our board tells us to pick, we should pick.' That's really as simple as that," said Lombardi.

He then took us inside a draft room and how a board could be made up to determine who to select.

Say there's a running back graded a '64' and there's an offensive tackle '64' and a defensive corner. That's when the guy making the decision earns his money. He has to evaluate the horizontal board. Who actually is the better player?

That being said, Lombardi thinks the structure of how the draft is broadcasted and played out benefits Colbert in his decision-making process.

"He gets a great advantage because he has a day to regroup, right? So the first round's over with. There's 32 names that have come off his board. So now he knows that day when he wakes up Friday morning, he knows of the 20 names that he has graded in a certain area, he's going to get one of them. I think that's the only way you can do it."

Lombardi also said that the lack of medical information will be the biggest potential issue in drafting prospects and also thinks the Steelers top priority offensively should be making sure James Conner is healthy to take some throws away from Ben Roethlisberger at this point in his career.

You can hear the entire interview with Michael Lombardi on The Fan Morning Show, including more draft thoughts and the idea that Bud Dupree performed well merely because it was a contract year, below.
___Follow 93.7 The Fan: Facebook | Twitter | InstagramListen to 93.7 The Fan on the Radio.com App - Download Now