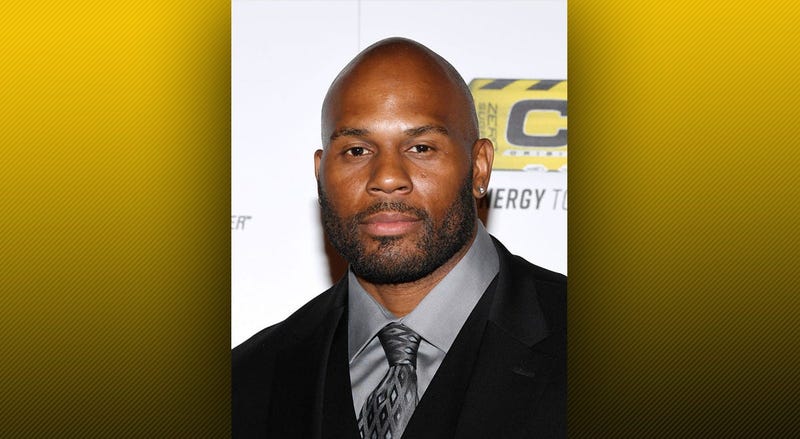 (93.7 The Fan) - The body of a former WWE wrestler was found on Los Angeles’ Venice Beach on Wednesday morning after he was caught in a rip current over the weekend.

Police say Shad Gaspard’s body was discovered early Wednesday morning after a person had noticed his body had washed ashore.

Gaspard disappeared after he was swimming with his 10-year-old son Aryeh over the weekend and a current pulled them both down.

According to reports, Gaspard instructed authorities to save his son first.

Rescuers were able to get Gaspard’s son to safety but another wave crashed over Gaspard sweeping him out to sea.

“We would like to express our gratitude to the first responders who rescued Aryeh and to the lifeguards, coast guard, divers, fire and police departments for their continued efforts to help find our beloved Shad.”

We would like to express our gratitude to the first responders who rescued Aryeh and to the lifeguards, coast guard, divers, fire and police departments for their continued efforts to help find our beloved Shad. . . Shad is a fighter, a warrior and a magical soul. We are hoping and praying for his safe return. As a family we thank you all for your concern and well wishes. Please continue to keep sending your positivity and prayers to our beloved Shad. . . From The Entire Gaspard & Chittick Family
A post shared by Siliana Gaspard (@silianagaspard) on May 19, 2020 at 10:48am PDT

Gaspard, who was in the tag team “Crime Tyme” from 2005 – 2010 stopped an attempted robbery back in 2016 after a man pulled what Gaspard thought was a gun out of his pants.

The gun turned out to be a BB gun and are the suspect tried to escape, Gaspard put the man in a wrestling hold until authorities arrived.

Gaspard told Pro Wrestling Sheet at the time, "I thought it was a real gun the entire time, and honestly, I just didn't want anyone to get hurt," Gaspard told Ryan Satin. "I just kept thinking about how I wanted to make sure I got home to my son."

news
Did Explosions on the Sun’s Surface Sink the Titanic?
sports
Patrick Mahomes Reveals What He Wants From Lamar Jackson's Game In His Own
news
Dad creates candy chute to prepare for a socially distanced Halloween
i'm listening
I’m Listening: Lily Cornell Silver Knows the Importance of Checking In on Yourself
news
You can now visit the Eisenhower Memorial
music
TikTok Gets Countrified with New Nashville Channel 'The 615 House'