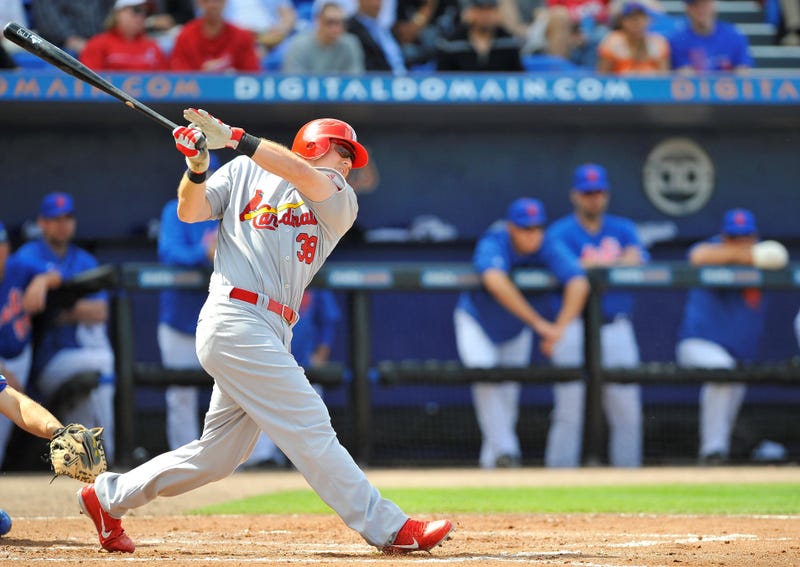 Mark says the timing of when his baseball career ended and he decided to go to medical school actually worked out perfectly for him.

"It actually worked out very well, I was with Triple-A Gwinnett, I was about to turn 30 and the season ended for me," said Hamilton. "What happened was it was a little bit before classes started and I already said prior to that year that this was the last shot, if I'm not back to the big leagues by the end of this year I'm going to go back (to medical school). But, still when it finally does happen to you it takes pause and you definitely think about gosh I really do want to keep playing, I think I am still capable...Ultimately, came to the decision of this is what I wanted to do and it was the decision I was making."

There were still teams that were interested in signing him when he stepped away from the game, but he knew with how long he would have to go to medical school for and at his age the time was right to take that step.

"I talked to my agent, called him, he had already got some stuff set up for me to go play winter ball again," said Hamilton. "He said he had a couple clubs that have called in and talked about potentially picking me up the next year, but at the same time I just told him I'm done, I'm going to go back to school, I'm going to finish at Tulane and then I'm going to go to med school and it was a definitive decision at that point."

Mark is scheduled to start his residency in June in New York after graduating this past week from medical school, but due to the coronavirus he is among the residents who have got to be ready to go if they decide to call them in early.

"It's a challenge to say the least and the people that have been taking this challenge on right now is incredible," said Hamilton. "New York City's been incredibly hard hit, anyone watching the news which probably is everyone considering how much we're staying home right now has seen it and it's really difficult, really challenging time's here."

"For me, I'm going to be there (New York City) in June unless something dramatically changes...If it gets to the point that things continue to get worse, which right now it looks like hopefully things are starting to flatten which was the home from the getgo, but if it gets worse than they could obviously come in earlier, say we have to come in, we have to replace or provide support to the people that are there now. But, either way I don't believe by any stretch of the imagination that this thing's going to be over by June, at the very least we'll still be having a significant number of patients even if we have it under control."

He talks about what type of training they are going through to help prepare them in advance to be ready to jump right in to help with the coronavirus pandemic.

"The big thing is we go through resident training right before we start," said Hamilton. "But, they've been sending us stuff to kind of get prepared in advance."

Mark talks about just how important it is for everyone in the country to take this seriously because if they don't it will cripple the medical system.

"I think the big thing for us is that people need to take it seriously," said Hamilton. "The range of illness is very broad, some people have no symptoms at all and other people are dying. The only way that we can really protect everyone in this pandemic is by making sure the people that need medical care, that need ventilators, that need the ICU, that they have access to it."

"If everyone gets sick at once because we're not acting responsibly and staying home, limiting our outside contact, etc. That will cause an onslaught that is even larger in a Hospital and that can happen here just like it can happen nationwide. I think that's the big scary thing, what happens if they cripple the health care system because the patients just can't be managed."

They also discuss the latest proposal's to potentially get Baseball going this year and if either of them are actually feasible.

Listen to Dan Zangrilli's entire interview with Mark Hamilton below:​