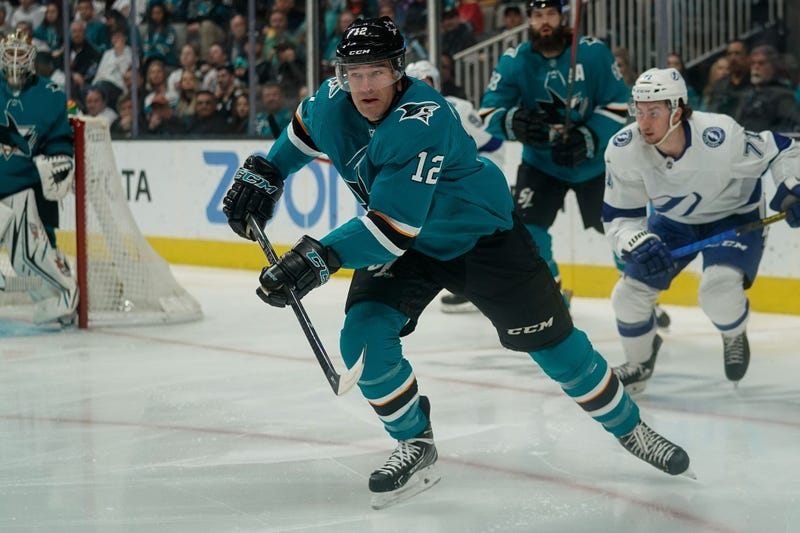 PITTSBURGH (93.7 The Fan) - Mike Sullivan values speed, applied with and without the puck, skill and a little roster flexibility.

So he’s got to be a happy guy here on the other side of the NHL trade deadline. Having already landed the speedy Jason Zucker, Jim Rutherford Monday acquired the league’s best 40-something skater in Patrick Marleau, the quick and familiar Conor Sheary and a fourth liner in Evan Rodrigues who’s played all over the lineup in Buffalo this season.

The deadline closed with every team in the playoff hunt in the Metro Division – which supplies six of the NHL’s top 12 teams – making moves.

Some were significant, like the Islanders dealing first-, second- and third-round picks for J-G Pageau, whose creativity is badly needed there and who then signed a long extension. The Rangers, suddenly in the playoff conversation after winning eight of their last 10, spat in the eye of every trade rumor mill and signed their own Chris Kreider to a long and lucrative deal. The Capitals, having added to their physical game by previously acquiring Brenden Dillon, greeted deadline eve by acquiring Ilya Kovalchuk; the Flyers added some size and grit Monday by adding Derek Grant and Nate Thompson; and the under-achieving Hurricanes landed defensemen Brady Skjei and Sami Vatanen and skilled though slumping forward Vince Trocheck.

Many of these moves were teams adding pieces they lacked. The Penguins, meanwhile, mostly doubled down on what they think separates them from others in the division without giving up anything significant (Dominik Kahun and a third-round pick). In the process they promise now to be able to play with four functioning lines, which was an absolute necessity as they prepare for the start of the playoffs.

Marleau plays the left side and still skates in a way that defies his age. He’s incredibly durable, fifth all-time in games played, has played more playoff games than any active player and is still contributing on the scoresheet – this is his 22nd consecutive season delivering at least 10 goals. He’s responsible and predictable in what he’ll bring – and certainly he will relish at least one more attempt to win the Cup.

Marleau had been playing a third-line role in San Jose this season and would seem to fit similarly here, but it would surprise no one if Sullivan at least takes a look at him beside Evgeni Malkin at some point.

Sheary has struggled to finish since being dealt by the Penguins to the Sabres before the start of last season. In two seasons with mostly poor Buffalo teams, he’s managed 23 goals – the same number he scored in his first full NHL season with the Penguins, who he helped to both of their recent Cups. He needs no time to figure out Sullivan’s systems, and his ability to play either wing will be employed. While Sullivan likes playing Dominik Simon beside Crosby, you can bet Sheary will wind up there late in games when the Penguins are trailing – if not sooner.

Rodrigues struggled to get comfortable under first-year Sabres coach Ralph Krueger after delivering a career-high 29 points last season. He played all three forward positions at times in Buffalo and will be a fourth line winger in Pittsburgh. He had five goals in his last 13 games, a production rate that dwarfs anything the Penguins have received from fourth-line forwards this season.