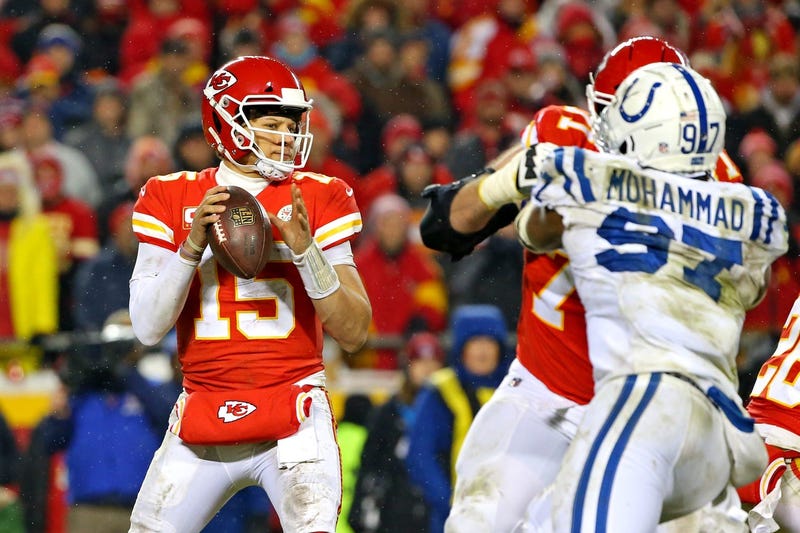 We have now drifted into Championship Week in the NFL.

And I know what I want in the Super Bowl --- well, I'll take one of two scenarios.

First, however, the lay of the land even though you know it already: The Chiefs and Patriots will play for the right to represent the AFC; the Saints and Rams are the two remaining teams in the NFC. It has been (as it always seems to be) a great playoffs so far and why would anyone think this Sunday with a doubleheader will be anything different? As I say all the time, the National Football League is America's most potent drug. So many of us need to get a fix weekly and will do anything to make sure we participate.

I know that I can't wait for Sunday. I'm eagerly anticipating these two games (the NFC game is first) about as much as I am the snow to see if the early forecast for 71" or whatever it is here in Pittsburgh is actually anything close to being correct. Should be interesting on both accounts.

Anyhow, back to the reason for writing this...

That's it. I won't settle for anything else.

I want either the young, up-and-comer quarterbacks in Patrick Mahomes and Jared Goff to square off against each other in America's biggest game or the classic Drew Brees and Tom Brady matchup. If it is a young vs. old matchup at quarterback, I won't shy away from watching the Super Bowl, but it just won't have the juice in the game that I really want. I don't think the storyline will be anything close to as good as possible.

And that's just part of it --- the game. Because, as we know, so much of the game is the buildup, hype and anticipation of when it all kicks off. Heck, there is a full two weeks worth of "what will we talk about?" from all the national pundits and networks before so much as one football is snapped. That's why I arrive at these matchups being acceptable to me.

A Mahomes v. Goff storyline is one that I could stomach for awhile. Mahomes is ultra likable and has pushed the NFL to a place where, for me at least, it gives me an identifiable star who I make a point each week to tune in to watch. He's been the starter for less than a year and already has my captivation level on 15 on a 1-10 scale. Goff, I don't know as much about, but there is no question his right arm is one that will help fling the next generation of football fans into the future. I would love the coverage in the run-up of the Super Bowl --- and then the game --- to feature him and a matchup with Mahomes, another great, young quarterback who we should be able to watch do incredible things for decades to come. In addition, we already saw a showdown between the Rams and Chiefs in primetime in November where it seemed as if a point-a-minute was scored. Could you imagine that on a Super Bowl stage?

If either the Rams or Chiefs don't win (and that's truly the matchup that I want) I will settle for Saints and Patriots. I'm so conflicted with Tom Brady as, simultaneously I can look at him as one of the biggest cheaters in the history of the NFL yet really appreciate his talents and the way he leads a team. If he were to match up against Brees, I think the media coverage and storylines in anticipation of the Super Bowl would be extremely interesting. I think a Brees-Brady game would also be great.

I want matchups. I want young vs. young or old vs. old. I mean, it is the Super Bowl and I will watch regardless, but with the four teams left, two of the potential matchups have a chance to really, really captivate me.