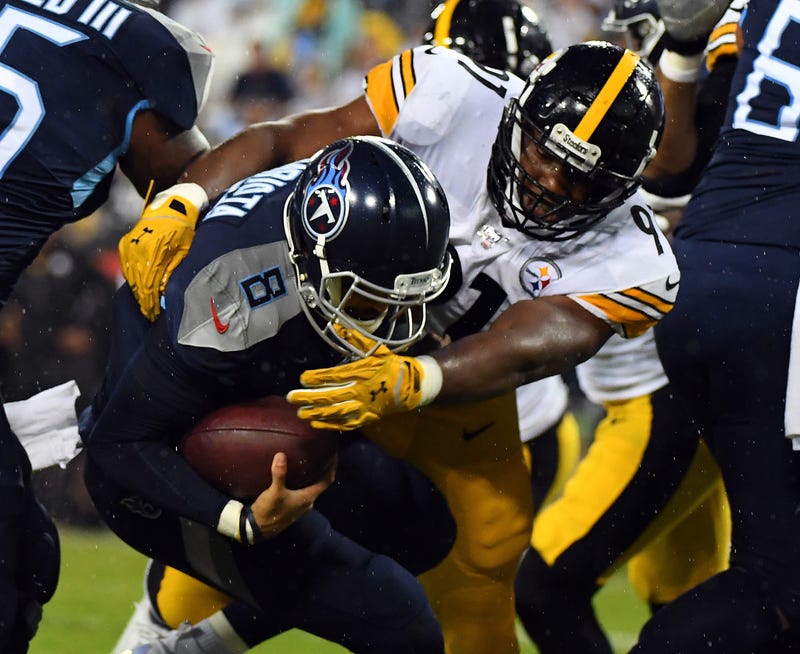 August 26, 2019 08/26/2019 3:50 pm
PITTSBURGH (93.7 The Fan)- 93.7 The Fan's Steelers insider Ed Bouchette joined The Fan Morning Show on Monday to talk about where things stand after the Steelers 18-6 victory over the Tennessee Titans in their third preseason game Sunday night.

First, Ed likes the way this defensive unit as a whole is shaping up right now.

"They have more playmakes, they added guys through free agency, a couple starters. Devin Bush, of course. I just think they're not going to equal their franchise-low eight interceptions as they did last year. They led the league in sacks each of the last two years. This is a defense that's about ready to become dominant again I think, as much as you can in this age of offensive football."

Ed said that the organizational view of Bud Dupree is very high right now and the Steelers think he can really do some things this year. He also commented on Dupree's power move that has been display throughout the preseason. Another man who got to the quarterback Sunday was Stephon Tuitt who's looking to bounce back from a rather lackluster 2018 season.

"He played hurt all of last year and he didn't moan about it, he didn't draw attention to it, he had a shoulder problem. For a defensive end, a guy in a 3-4 defensive end when you're playing inside, you're getting it from both sides. I think that had a factor. He had a sack and a safety last night. I don't know he needs to put up 'numbers' like sacks, those will come from everywhere. You heard them (NBC announcing crew) talking about Vince Williams, how he's had 12 and a half sacks the last two years. Cam Heyward has had a ton of sacks, led the team two or three years in sacks. T.J Watt's coming on and if Dupree can come on, they have a nice, balanced pass rush there."

With Andrew Luck retiring in Indianapolis, there has been a lot of speculation that the Steelers should dangle one of either Mason Rudolph or Josh Dobbs out there in a trade. Ed doesn't see that happening, but he does see a roster spot solidified by a surprise candidate.

"(Kam Kelly) has been one of those surprise guys. People always ask, 'Who's going to be the sleeper? Who's going to be the surprise?' Well, this guy is one of them. He came from the AAF and he's a playmaker. He was around the ball a lot last night, making plays. He played a lot because they don't have any depth at safety and then of course Sean Davis got hurt. So, he's number three right now on my safety list."

Ed also had two other names interesting and lesser known names that he thinks will likely make the team. You can check out the entire interview with Ed Bouchette on The Fan Morning Show below.
___Follow 93.7 The Fan: Facebook | Twitter | InstagramListen to 93.7 The Fan on the Radio.com App - Download Now