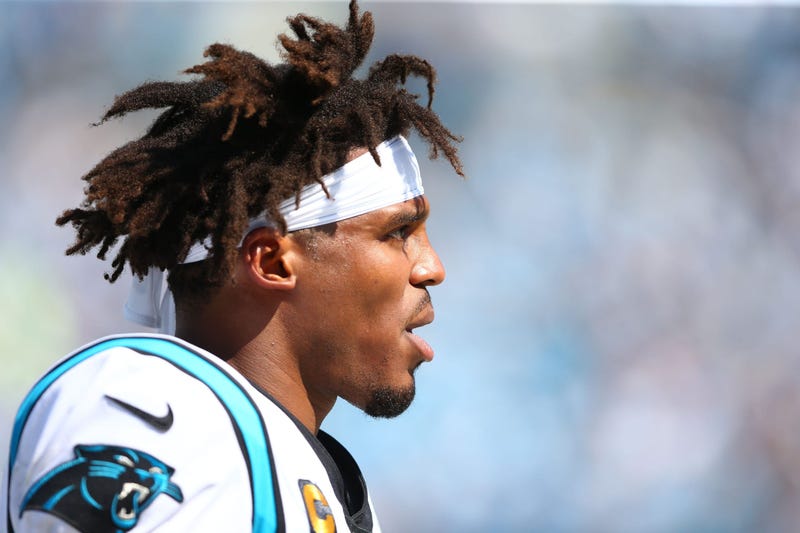 PITTSBURGH (93.7 The Fan) - It appears New England have found their replacement for quarterback Tom Brady.

The Patriots made headlines Sunday evening, when word spread that the franchise had signed former Carolina Panthers signal caller Cam Newton to a one-year, incentive-contingent deal that could net the former MVP up to $7.5 million.

Newton, a former first-overall Draft pick and three-time Pro Bowler, has the most rushing touchdowns ever by a quarterback in NFL history with 58.

With the news that Newton was to be a Patriot, the Fan Morning Show debated what impact the addition will have on New England in terms of wins.

Jim Colony said that he could see the Newton signing improving their win total by one or two games, but that the nine-year veteran's impact would be entirely reliant on his health.

"I know that's true for everybody," Jim said. "But when you've got a guy with his history, it's even more so for him. And that's the big deal, if he stays healthy, which means he can do what he can do, you would assume that the Patriots figure out a way to use him. And he is better than the guys that they have."

Newton has faced a numbre of injuries over his career, including a left foot injury that limitted him to just two games in 2019.

Chris Mack places the Newton impact at one-and-a-half wins, and agrees with Jim that he has to be on the field to truly make a difference.

"If Newton's healthy and plays most of the season, they can win ten or eleven games," Chris added. "If he's healthy for all 16 and playing really well, now they don't miss a step, I don't think."

While the loss of Brady was supposed to humble the Patriots in the AFC East division, Chris believes that a healthy, effective Newton makes them the absolute favorite once again.

Listen to the entire conversation from The Fan Morning Show below.