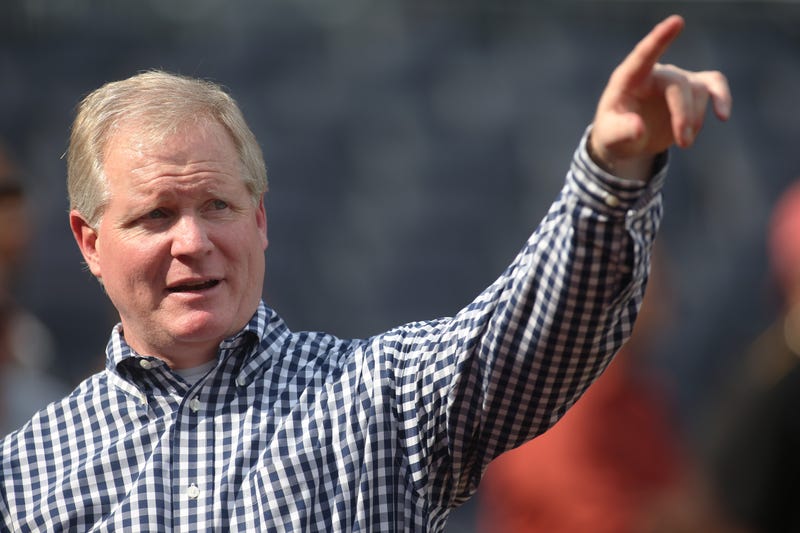 PITTSBURGH (93.7 The Fan) - Before the series finale with the Cincinnati Reds, Pittsburgh Pirates General Manager Neal Huntington met with the media and discussed a lot of topics including the Pirates catching situation after they let Francisco Cervelli go and later sign with the Atlanta Braves this week.

"We worked aggresively with Francisco as we were going through the process as he was going through his recovery and his rehabilitation," said Huntington. "Very clear with him that he was playing for 30 teams, we wanted to provide him with the opportunity to go play for 20 days in Triple-A to re-establish himself and if somebody wanted to come get him before then, or that he wanted out before then, if we didn't have a spot, we talked about being willing to do what we ended up doing in giving him his release to pursue a different opportunity and more playing time and ideally a postseason opportunity this season."

If Cervelli and his agent did not believe they found another opportunity, and Atlanta didn't pick him up, the Pirates were prepared to activate him and bring him up if there was an injury, or on September 1, to use in the rotation off the bench.

With Cervelli no longer with the team, Huntington and the Pirates will continue to evaluate the current catching tandem of Elias Diaz and Jacob Stallings and if that is the duo they want to have in place heading into Spring Training next season.

"We've got two young catchers, one that's taken a good step forward this year in Jacob Stallings and another one that's caught and thrown and hit well, but that's going through a tough time and how do we get him (Elias Diaz) back. So, that was where we want to continue to have them split time and continue to show us what they can do to see if they are a part of our future."

Looking at the Pirates depth at Catcher behind Diaz and Stallings, could that be a position that they look at adding to this off-season?

"In this day and age, we're always talking about pitching as a game of attrition, you never have enough of it and catchings the hardest position to come by," said Huntington. "We've got some guys in the system that we like the way they catch and throw and block and game call, the offense hasn't come around. We've got some guys who can swing the bat and we're working on their defense. If we could blend the two, we'd have a couple outstanding catching prospects, but it's really a prospect short position in the industry. We'll take a look at what's available on the trade and free agent markets this offseason, hopefully continue to push these guys that are here forward, push the guys that are in the system forward and see how we put the best catching tandem behind home plate next year."