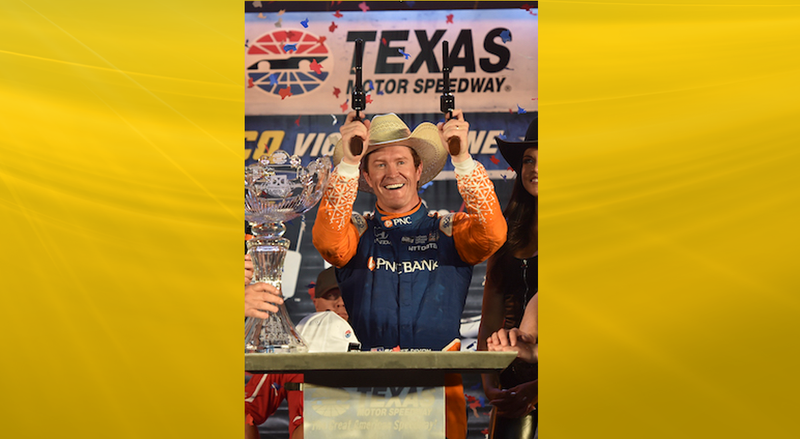 FORT WORTH, TX (93.7 The Fan) – The most grueling stretch of the NTT IndyCar Series season continues this weekend at Texas Motor Speedway, the 2nd longest venue on the schedule after the Indy 500.

PNC Bank Chip Ganassi Racing’s Scott Dixon will be looking to make it two in-a-row after winning last weekend in Detroit and last year at Texas.  The back-to-back wins in 2018, along with a third on the Streets of Toronto, powered Dixon to his 5th IndyCar Championship.

“We had a really strong PNC Bank car there last year and managed to win the race,” said Dixon. “Hopefully some of that momentum, along with Detroit Sunday, can help us get back in the championship fight as we approach the middle stretch of the season.”

“We had a pretty good weekend at Detroit, picking up a win and a pole in the process,” said Newgarden. “Unfortunately, things didn’t go our way on Sunday, so I’m ready to get back in the car at Texas and put that behind us.  Thankfully, we still came out of there with the points lead, making Texas a really important race for us.”

Five past winners have fired off the six-shooters at Texas Motor Speedway and are entered in Saturday’s race on the 1.5-mile oval including Dixon, Tony Kanaan, Will Power, Ed Carpenter and Graham Rahal.

“Texas is another iconic event on the NTT IndyCar Series schedule,” said Dixon.  “This is the only track anywhere that I know of where you get to shoot guns in victory lane after a win.  We were fortunate enough to do that now a few times with (TMS President) Eddie Gossage and his team.”

The race is the home race for IndyCar Series and Chip Ganassi Racing sponsor NTT, whose USA headquarters is in the Lone Star state.

“I actually did my very first IndyCar oval test at Texas Motor Speedway earlier this year, so it’s one of the tracks I do know,” said Felix Rosenqvist, Dixon’s teammate and driver of the No. 10 NTT Data Chip Ganassi Racing Honda.  “It’s right in NTT Data’s backyard in Plano, Texas – so a home race for them.  Texas normally produces closer pack racing with lots of overtaking, and I hear the tires can go off massively around there.  Strategy and making it through traffic should be key factors for success this weekend.”