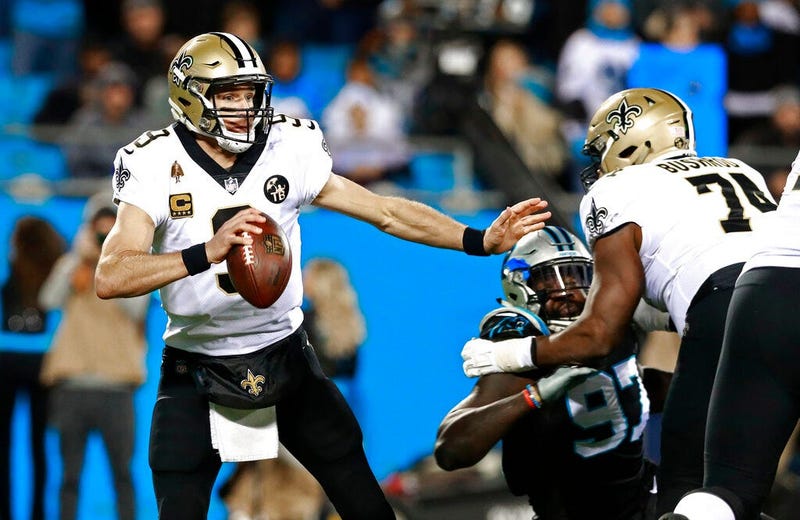 For the first time since the league expanded to 32 teams in 2002, none of the teams playing this weekend in the conference title game has a defense ranked in the top 10 in total yards. Only New England is among the top 10 in fewest points allowed.

But the Chiefs, Patriots, Saints and Rams do possess the four most prolific offenses in the league. That's the first time the four highest-scoring teams play for the conference championship during the Super Bowl era.

It's fitting one of those teams will win the Vince Lombardi Trophy because offense dominated in 2018. The 1,371 touchdowns scored were the most in a season in league history and the 11,952 points scored were the second-most ever.

The two teams with the stingiest defenses reached the playoffs — Chicago and Baltimore — but lost at home in the wild-card round.

"You have explosive players in the postseason, guys who are extremely talented, guys who are represented in the Pro Bowl, the All-Pro team," Saints coach Sean Payton said Wednesday.

The success starts at quarterback with Tom Brady, Drew Brees, Patrick Mahomes and Jared Goff leading the way. Brady's Patriots are the only team of the four that didn't average at least 30 points, scoring 27.3. Kansas City led the way at 35.3 with Mahomes throwing 50 touchdown passes. Los Angeles was next at 32.9 and New Orleans averaged 31.5.

Elite QBs aren't the only thing these teams have in common. The Rams, Patriots and Saints were among the top six in rushing.

"They can beat you in both ways, they can run it or they can throw it," Rams coach Sean McVay said of the Saints. "That's what really presents such a great challenge because they've got a Hall of Fame quarterback and they got an elite running back, and they've got a great system."

The Chiefs were in the middle of the pack on the ground during the season, but Damien Williams had 129 yards in a 31-13 rout over the Colts.

"Andy's an offensive coach so the offensive plays they get on special teams and the offensive plays they get on offense, when you combine all of that together, it's a lot of firepower and a lot of explosive plays," Patriots coach Bill Belichick said of the Chiefs. "Andy's teams are always tough, well-disciplined. They don't make a lot of mistakes. They make you beat them and that's hard to do because they're sound, and he gets good players and he coaches them well and they're tough."

Other than Belichick, each team has offensive-minded coaches. Payton, Reid and McVay earned their way on that side of the ball. The 32-year-old McVay is the youngest coach to win a playoff game.

Both games are rematches from thrilling, high-scoring contests in the regular season.

Here's a look inside more numbers heading into championship Sunday:

THREE'S COMPANY: The Patriots are trying to join Buffalo (1990-93) and Miami (1971-73) as the third team to reach the Super Bowl three consecutive seasons.

HOME-FIELD ADVANTAGE: If the Saints and Chiefs win, it'll be the 14th time since 1975 that the two top seeds meet in the Super Bowl and the fifth time in six years.