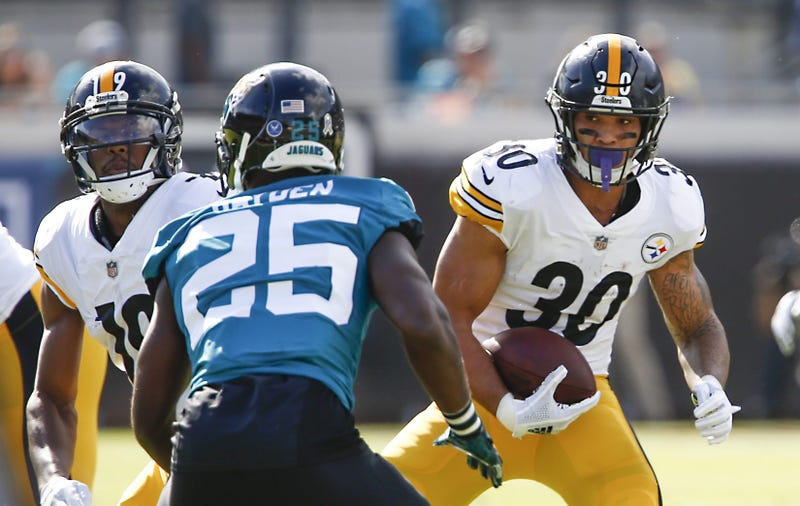 PITTSBURGH (93.7 The Fan) - On the debut of his weekly show, The James Conner Show, Conner opened up with the PM Team about the game against the Patriots on Sunday.

“It’s the first week of the season. We have a long season left. There are a few minor things that we got to get cleaned up,” said Conner.

Conner being the competitor he is, he says we need to move on to next week.

“Losing doesn’t feel good. But we know we have a game on Sunday against a good football team and the next game is the most important game.”

The Steelers haven’t won in New England ever when Tom Brady was the quarterback.

“It was a good atmosphere. I definitely felt the energy there. The next time we go there we got to win. They’re a really good team,” said Conner.

Conner said that the Steelers weren’t ready for primetime. What exactly did he mean?

“Everyone is watching us on National TV and we didn’t execute,” said Conner.

He also talked about Tomlin’s reaction to the football game on Sunday.

“He wasn’t happy with the film or the outcome of the game. He definitely let us know and called us out. He didn’t harp on us too much but he wasn’t happy,” said Conner.

The James Conner Show airs every Monday on 93.7 the Fan.