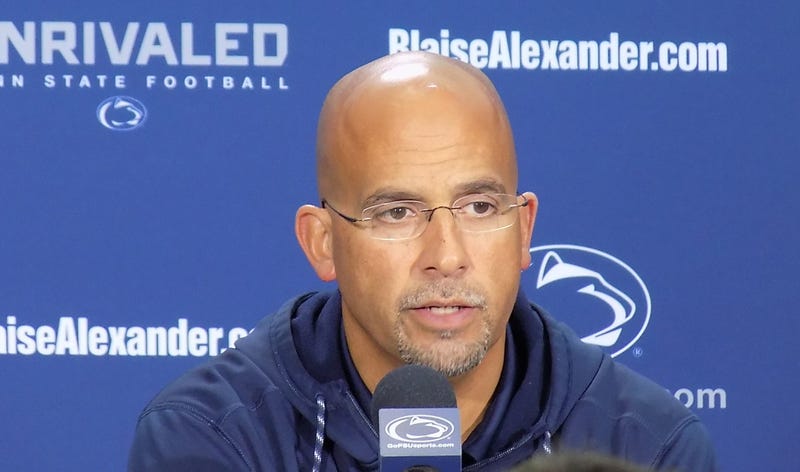 University Park, PA (93.7 The Fan) - Saturday's game at Beaver Stadium is the one-hundredth--and last scheduled--meeting between Penn State and Pitt.  At his Tuesday news conference, Nittany Lions coach James Franklin wouldn't close the door to the teams meeting down the road.  Where that road might lead is anyone's guess.

"I could see us possibly maybe doing a neutral site game with them," Franklin said.  "We can have discussions, but we have to be creative about it.  We're open to having discussions, but it's got to equally make sense for both parties."

Franklin said the challenge to resuming the series on a home-and-home basis is that Penn State has nine conference games while Pitt plays eight.

"What I'm saying is that with some of the conference scheduling challenges, you just want it to be an even exchange," Franklin said.  "The best way to do that is neutral site.  How do you do that? I'm not really sure where it makes sense for both parties, especially when we're both in the same state.  I get that, but I'm just talking in terms of making it make sense for both universities.  That's an option.  I'm not saying that's the answer, but that's one of many that we can look at and discuss."

This will be the fourth meeting since the series resumed in 2016.  Not everything about the rivalry has thrilled Franklin.

"I think there are aspects of this game that bring out the worst of both fan bases," Franklin said.  "I know some people may say that's good, I don't know if that's good.  I think we can have a great game without all that other stuff."

Franklin, who grew up near Philadelphia and whose father is from the Hill District, also knows the rivalry means a lot to a lot of people.

"Do we understand this is a big game to the media and to the fans and to the letterman and to college football, yeah," Franklin said.  "We're not burying our heads in the sand.  We understand the significance and the impact of this game."

And again, Franklin stressed that to his team this game is no more important than any other it plays.

"The same discussion that comes up all the time is how we approach these games," Franklin said.  "We don't approach them any different, and that will never change."