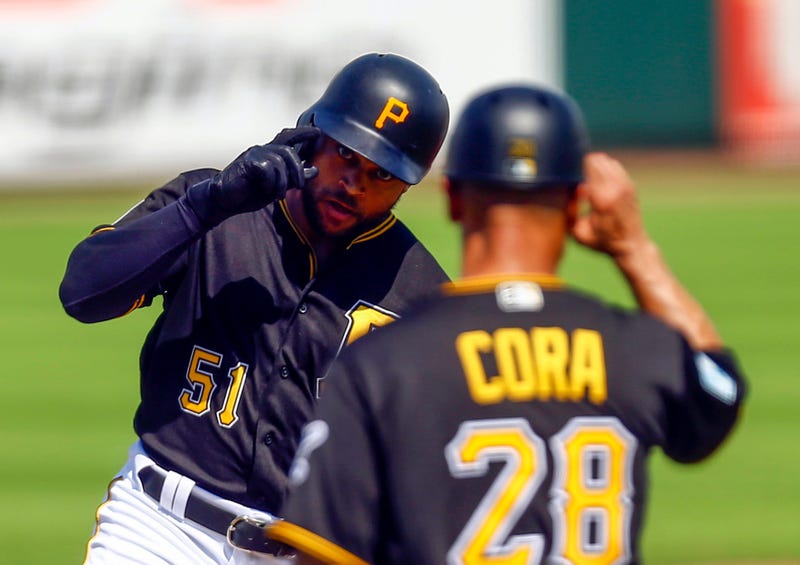 PITTSBURGH (93.7 The Fan) - Pirates Outfielder Jason Martin was prepared to begin the 2019 season in Indianapolis with the Pirates AAA affiliate, but those plans changed quickly here at the beginning of the season.

With injuries to Gregory Polanco, Lonnie Chisenhall and Corey Dickerson at the major league level, the Pirates depth in the outfield took a hit and that opened the door for Martin to get the call to join the Pirates in Pittsburgh during the Reds series this weekend at PNC Park.

Martin was preparing to open the season in Indianapolis and wasn't thinking about playing in the big leagues this early this season, but that all changed on Thursday.

"It's just an undescribable feeling, just a lot of excitement and ready to get things rolling up here," said Martin.  "I found out from my AAA manager, he disguised it pretty well when he called me in the office to sign a couple papers for the trip we were about to go on and just breaking that news to me was pretty exciting."

Martin isn't sure how he is going to be used most with the Pirates yet, but he is ready to go whenever his name is called.

"Just being able to take things in from the older guys and be able to just be sponge to all the experience that's around me and try to put it into my game," said Martin. "Just going out trying to play hard not knowing when my opportunity is going to come. The thing you want to do is be ready when it is there and I feel like I'm ready and just be able to prepare myself everyday for this moment."

Martin had some success in Spring Training this year and he talked about how that helped give him confidence that he could be success at the Major League level.

"(I was) Not thinking that I couldn't (have success) before," said Martin. "But, just being able to do that really puts a lot of east that my progression is getting to that level."

Martin was a part of the trade last off-season that sent Gerrit Cole to Houston and brought Joe Musgrove, Colin Moran along with himself to Pittsburgh.

"It was a shock and is kind of hard to expect that, but I'm more than happy to be in the situation that I'm in now," said Martin. "Something about being traded is the fact that someone wants you and that sits pretty well inside (of you)."

Martin takes Kyle Crick's spot on the roster as Crick was placed on the 10-Day IL with right triceps tightness, retroactive to April 4.