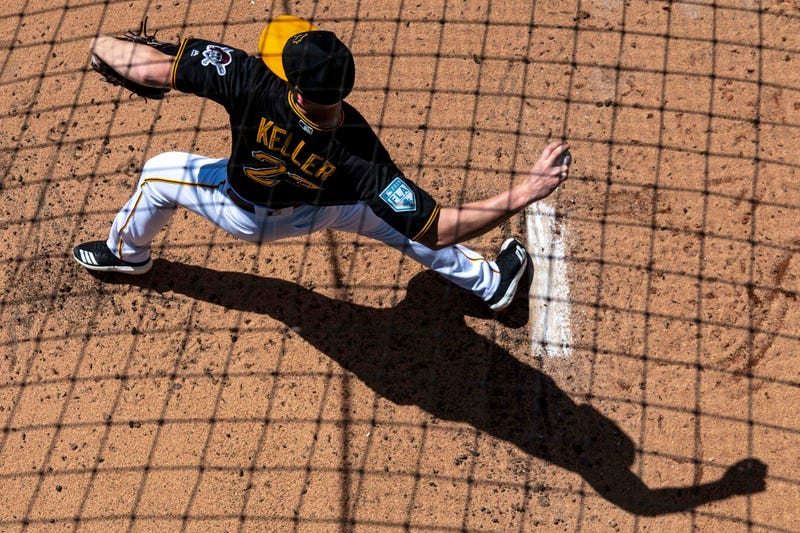 PITTSBURGH (93.7 The Fan) - With the injuries to Pirates Pitchers' Jameson Taillon and Chris Archer and the depth of the Pirates pitching staff being tested.  That has many Pirates fans asking, Could we see Pirates Top Prospect Mitch Keller get the call up to join the team?

Prior to the game today, that question was asked to Pirates General Manager Neal Huntington and we learned why that may not necessarily be the case just yet.

With Keller reshaping his arsenal early this season, the Pirates are going to be a little more patient when deciding when and if to call him up this summer. But, if he continues to pitch like he has the past couple starts, than they can't rule it out.

"With Reynolds and Tucker up here, we're out of our comfort zone enough with guys without a ton of Triple-A experience being up," said Huntington. "The addition of the slider is going to cause us to be a bit more patient to let him lock this in and let him utilize it as a weapon. We'll let Mitch lock some things in at Triple-A before we start asking him to come up here."

The call-ups of Cole Tucker and Bryan Reynolds have provided production and a spark for this Pirates team and fanbase early on this season with the adversity that the team has faced through a little over a month into the season.  And could that weigh into the decision when thinking about calling Keller up to the team.

Could the Pirates look outside the organization to help this  team get through all these injuries?

The Pirates are going to go with Steven Brault and Nick Kingham in the rotation while Chris Archer and Jameson Taillon are recovering from injuries.