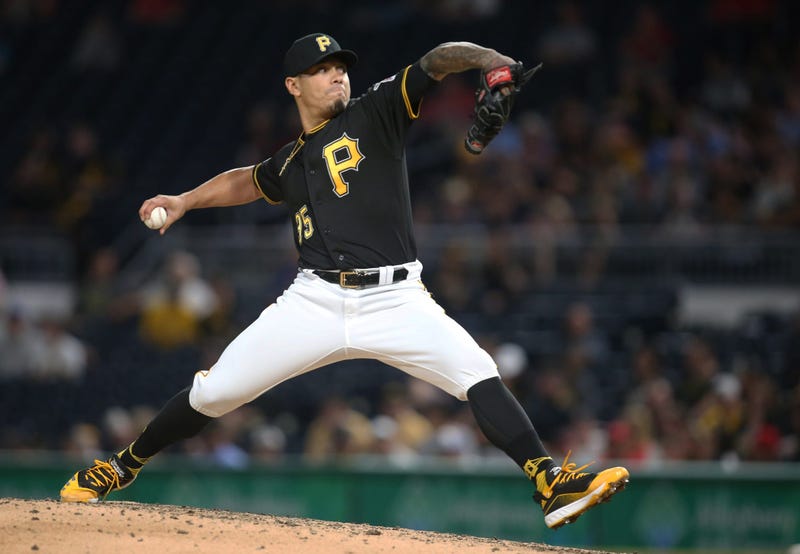 PITTSBURGH (93.7 The Fan) - Pittsburgh Pirates closer Keone Kela joined Dan Zangrilli on Bucco Talk Saturday morning and discussed a number of topics, including how he is staying ready to play, what it will take for baseball to return and his challenging relationship with the media.

With no set date for when baseball will actually begin, Kela is doing his best to stay ready for whenever they do find a way to return to the diamond. He has been watching film, and working out with former Rangers teammates in an attempt to stay sharp.

On baseball returning under strict testing and social distancing guidlines, Kela believes that it can work, but that many interactions during the course of a game will be unavoidable.

Kela's Pirates tenure has not been without a few bumps in the road since arriving in Pittsburgh two seasons ago. Still, Kela does not feel that he has been covered or portrayed unfairly, but that it is his passion and demeanor that occasionally gets him into questionable situations.

"I've been given a fair shake," he said. "Of course I've had a little, I guess, mishaps or whatever the media wants to blow up and print this projection of who I am. It matters to me to an extent, but as long as it's factual, that's all I care about."

Kela also spoke about his excitement to again work with new Pirates pitching coach Oscar Marin. The two previosuly spent time together with the Texas Rangers when Marin was Kela's bullpen coach.

"I was very happy when I saw Oscar's face," Kela said. "He was my first professional hitting coach when I signed in 2012. So to be able to come up through the ranks with him, you know, and see his journey.

He went on to say that Marin brings a "hunger for knowledge" to the team's coaching staff.

"He appreciates everyone's talent for what it is. He works with what you have, he doesn't try to make you step out of who you are."

Listen to the full interview with Keone Kela below or with the Radio.com Rewind feature.