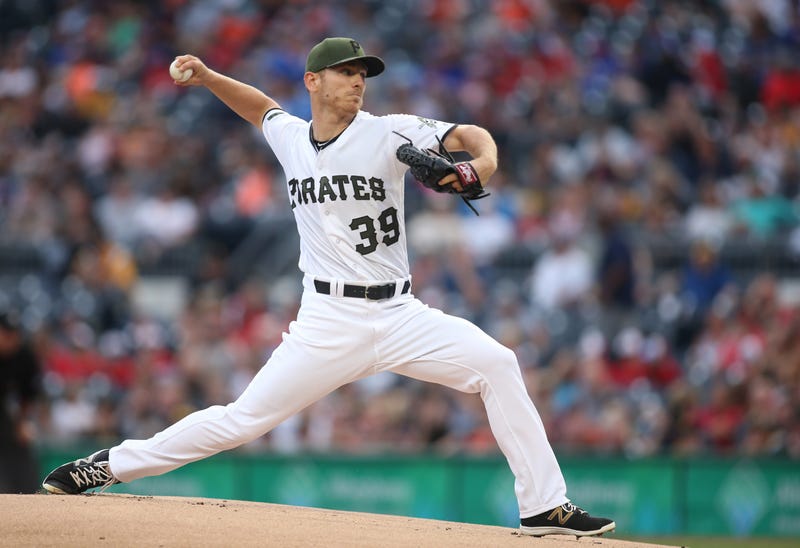 PITTSBURGH (93.7 The Fan) - Pittsburgh Pirates Starting Pitcher Chad Kuhl joined his teammates this homestand to help breakup the monotony of his rehab from Tommy John Surgery this year and he has enjoyed his time back with the team this week.

"It's incredible, obviously you fall into the monotony and kind of the mundane of just going though rehab and stuff like that," said Kuhl. "Just kind of on the same schedule whereas you wake up at the same time, eat the same stuff, do your rehab and you get out of there. To be able to come up here and hopefully bring some positivity, some energy to the clubhouse is huge."

There are still discussions going on as they see how he is recovering to determine what type of workload he will have this off-season as he will get ramped up for Spring Training 2020 in six months.

"I'll be heading out of here, I'll go to Philly with team and then I'll head back down to Florida for that last month of September," said Kuhl. "We have a couple different ways that we can attack it, we can kind of load it on this end and have a shorter off-season or maybe start it up a little bit sooner and get into games on the other end. It just depends on how I'm feeling by the end of this month and we'll throw in some more sim games or take away a couple sim games, we'll kind of play with it depending on how I feel and how we feel is best to put me in the best position to be ready for next year."

There have been times this season where Kuhl wants to try and speed up the recovery time, but he has the voice in his head that reminds him to keep things slow and steady so he is ready to go come Spring Training.