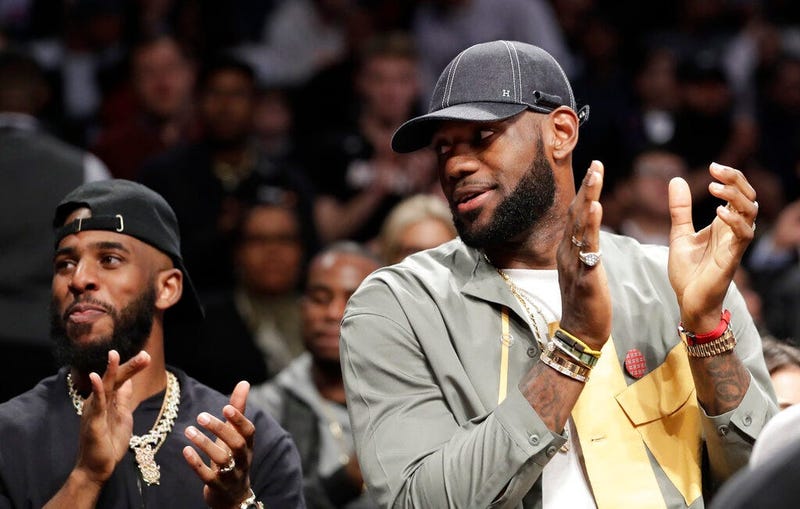 NEW YORK (AP) — Dwyane Wade has some superstar fans on hand for his final NBA game.

LeBron James, Chris Paul and Carmelo Anthony were all sitting courtside in Brooklyn on Wednesday night to watch Miami's game against the Nets.

The four players are close friends and former teammates on the U.S. Olympic team.

Wade went over to the corner where they were sitting and hugged each before starting his final game before retirement.

James told Fox Sports Sun that it was important for them to be there because their friendship goes beyond basketball.

"CP played last night, we had our last regular-season game last night and Melo's right here in New York so we kind of made the plan, made the decision to come up here," James said. "Listen, we couldn't miss D-Wade's last game. This is the last time he's going to be on an NBA floor wearing that Miami Heat uniform, that No. 3, so we're happy to be here to support."