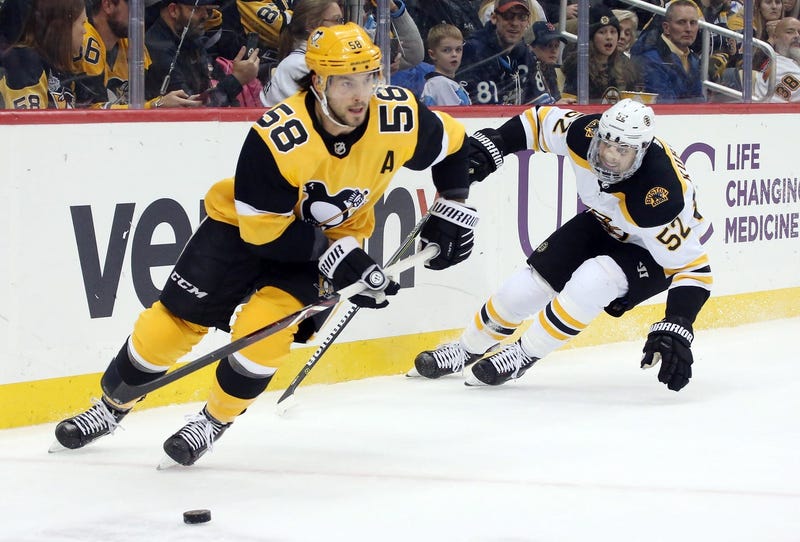 PITTSBURGH (93.7 The Fan) - It was announced Monday that NHL All-Star Kris Letang will be the captain of the Metropolitan Division’s team.

Letang is replacing the Capitals’ Alex Ovechkin who said he won’t participate in this year’s All-Star festivities.

Letang is also replacing Penguins forward Jake Guentzel who was injured the same day he was announced as an All-Star.

It will be Letang’s sixth All-Star Game, giving him the most appearances by a Penguins defenseman in franchise history, passing Paul Coffey.

The Penguins’ assistant captain has 10 goals and 18 assists in 37 games so far this season.