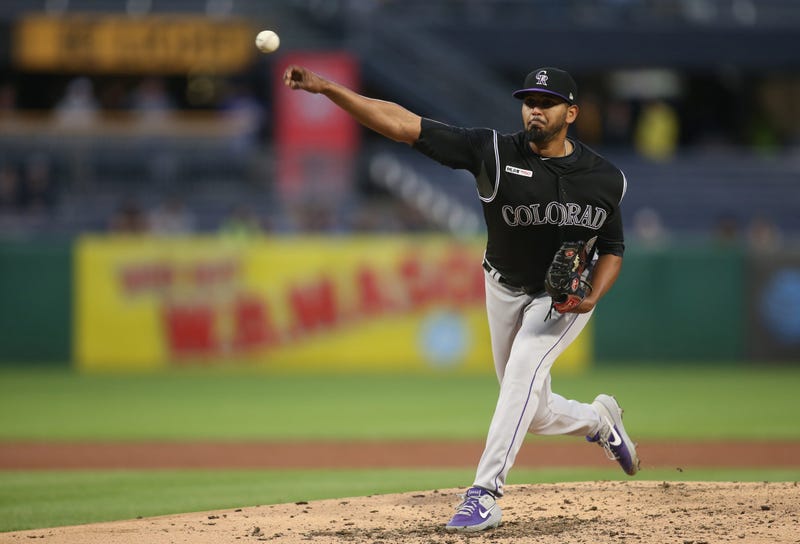 PITTSBURGH (93.7 The Fan) - The Pittsburgh Pirates started a 6-game homestand Tuesday night at PNC Park against the Colorado Rockies after a 7-4 West Coast road trip and it did not get started the way they would have wanted.

Colorado Rockies starting pitcher German Marquez pitched 8 scoreless innings as he struck out seven and only walked one and gave up 3 hits.  Marquez kept the Pirates batters off balance as the most batters to come to the plate against him in a given inning was five in the 5th.

Archer ran into some trouble in the 4th as he walked Ian Desmond and Tony Wolters and Charlie Blackmon brought them both home without a two out triple to extend the Rockies lead.

BUCS ON THE MEND

Outfielder Gregory Polanco was in the original starting lineup Tuesday night, but was removed prior to game time with what the team called finger discomfort after jamming his left hand on Sunday in San Diego. During the game, Catcher Francisco Cervelli was removed in the 6th inning as a precaution due to an upper chest contusion.

LOOKING AHEAD TO TOMORROW

The Pirates will send Montana Duraupau to the mound against Jon Gray and the Colorado Rockies at 7:05 pm at PNC Park.