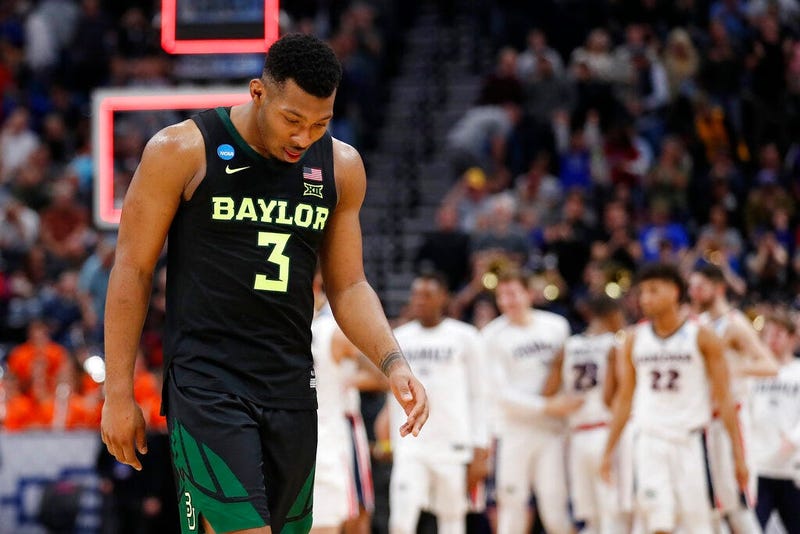 AUGUSTA, Ga. (AP) — A capsule look at 15 top contenders for the Masters, to be played April 11-14 (listed in predicted order of finish):

Masters memory: Making birdie on the 18th hole in 2018 for his best finish. He was one shot behind, the closest he has been to the winner in a major.

Backspin: Fowler has paid his dues in experience on Sunday at the majors, having been in the mix eight times going into the last round. Most of the time he has shot himself out of it before a strong rally at the end when it was too late. Last year gave him another taste of it. His victory in the Phoenix Open included two balls in the water on one hole that cost him the lead, which showed his resiliency. His greatest strength might be a relentless positive attitude.

Masters memory: Falling down the stairs at his rental home and having to withdraw moments before his tee time in 2017 when he was No. 1 in the world and the overwhelming favorite to win.

Backspin: The most talented player in golf also is the best player with only one major. He is closer than ever to his best form two years ago when he won three straight times before having to withdraw from the Masters. His win in Mexico for his 20th career PGA Tour victory was dominant. He has all the tools for a green jacket, but oddly has only been in the mix once. He will be No. 2 the week of the Masters.

Masters memory: Losing a four-shot lead in the final round in 2011 by closing with an 80.

Backspin: He needs only the Masters for the career Grand Slam. McIlroy won The Players Championship to become a Masters favorite. He comes to Augusta National preaching a balanced life that doesn't require success on the course to feel good off the course. He says he wants to win the Masters but no longer feels he needs to. The trick is convincing that to the winds of Augusta National, which never play favorites. He has finished in the top 10 in all seven of his tournaments this year.

Masters memory: His 12-shot victory to set the tournament record of 270 in his Masters debut as a professional in 1997.

Backspin: Woods took care of one comeback by winning the Tour Championship last year for his first victory in five years. All that's left is a major, and the Masters always has been regarded the major as his best bet. This will be the 14th Masters since his last green jacket in 2005. He has shown small improvements each event and has been gearing toward this week. Woods at his best will have an opportunity. Like all his chances he's had in the last year, the key is getting off to a good start.

Masters memory: Going to the Masters for the first time as a caddie for his brother, Edoardo, the U.S. Amateur champion.

Backspin: He has won four times since the last Masters, including the British Open, and still gets overlooked as a threat. He is not an intimidating presence because he's not a power player. He just plays better golf than everyone else. Kevin Kisner referred to him as "Iron Byron" at the Match Play for how well he hits the ball.

Masters memory: Playing the final round in 2018 with friend Jordan Spieth who shot 64 and nearly won as Thomas closed with a 73.

Backspin: He has taken his place in the last two years as among the most complete players in the game — power, ball striking, short game and putting. Even though he faded last year in the final round, the experience should serve him well. His last victory was at Firestone in early August, but he made a spirited defense of his PGA Championship title. A mature head will go a long way at Augusta.

Masters memory: Missing the Masters last year while recovering from a left wrist injury. He then won two of the next three majors.

Backspin: Koepka has become a major player in every sense of the word. He has won three of the last six majors he played, two of them last year, and is itching to get back to Augusta National after sitting out last year with a wrist injury. He doesn't tend to throw shots away at the majors. This is only his fourth Masters, not a long enough history to suggest how well it suits him. His power won't hurt him.

Masters memory: Winning by four shots in 2015 and becoming the first player to reach 19-under par at any point in the tournament.

Backspin: Outside of Tiger Woods and Rory McIlroy, he might be the most fascinating story at this Masters. He has had a chance going into Sunday at every Masters he has played, and already has led after eight of the 20 rounds he has played. But he hasn't won since the 2017 British Open, and a slump has sent him to No. 32 in the world. His best finish this year is a tie for 24th at the Match Play. Augusta National figures to provide the ultimate gauge on his game.

Masters memory: Winning the silver cup as low amateur in 2016.

Backspin: The man who brings science to golf might need to rely more on the space between his ears. No one can argue with his approach to the game because he has won four times in the last 10 months, including the Memorial and two FedEx Cup playoff events. He is a perfectionist on a course that demands precision into the greens. DeChambeau has shown plenty of emotion in his quest for perfection, often berating himself during practice. Lost in the science is his knack for being a good closer.

Masters memory: Hearing loud cheers for Rory McIlroy on the first tee in the final group and going on to win his first major in 2018.

Backspin: He has not won since the Masters, and his game has looked lost in the first few months of the year. He last finished among the top 10 on American soil at the U.S. Open last summer. He said he was in a better place now than he was at this time last year. A week later, he brought David Leadbetter into his camp to help sort out his swing. The last Masters champion to defend was Tiger Woods in 2002.

Masters memory: The emotions of losing in a playoff to Sergio Garcia in 2017 and being happy for a longtime friend.

Backspin: He will be No. 1 in the world during the week of the Masters. Among players regarded as contenders, Rose tops the list of those without a green jacket because of his history of good results at Augusta National. His driving and irons are his strength. His putting often decides how well he goes. Since winning at Torrey Pines, he has not been a threat to win any tournament and was ousted on the weekend at Match Play by Kevin Na. His caddie, Mark Fulcher, should be back on the bag at Augusta.

Masters memory: The 18-foot birdie putt on the final hole in 2004 to win his first major by one shot over Ernie Els.

Backspin: Mickelson got into Masters form by winning at Pebble Beach, his second straight year with a PGA Tour title after going five years without. Like everything else in his career, he is unpredictable what game he brings to any tournament. Since his win at Pebble, he has not cracked the top 35.

Masters memory: Tied for the lead with three holes to play in 2012 until making bogey on the 16th hole. He finished two shots out of a playoff.

Backspin: After not coming close to making the Ryder Cup team, Kuchar answered with victories in the Mayakoba Classic and Sony Open to lead the FedEx Cup going into the Masters. He also lost in championship game at Match Play. His steady game and reliable swing make him a threat at most majors because he doesn't throw away strokes. The last player in his 40s to win a green jacket was Mark O'Meara in 1998.

Masters memory: Five straight birdies in the third round of 2018 leading to a 66, his only round under par at the Masters in two appearances.

Backspin: Has great control of his swing and ball flight, and he has a knack for bringing his game to a big stage. He tied the U.S. Open record last year with a 63, missing birdie putts inside 12 feet on the last two holes. Fleetwood has had a chance to win twice this year on the PGA Tour, both times being undone by one bad round.

Masters memory: Breaking par in his first round at the Masters.

Backspin: In his third year on the PGA Tour, he already has two multiple-win seasons. He has good length and no fear and doesn't get as much attention as other American young players. But his four wins include the Tour Championship and a World Golf Championship. This is only his second Masters appearance, but his major record includes strong finishes in two U.S. Opens, and a chance to win the British Open last summer until the 71st hole.