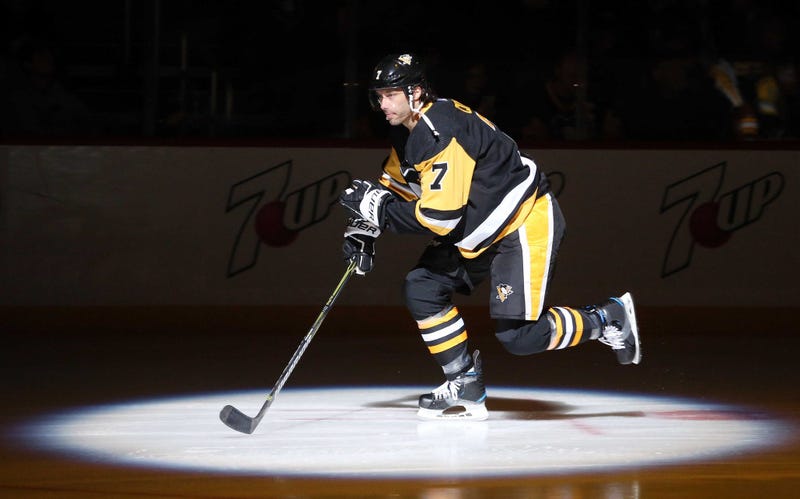 It was the year Mike Tyson bit Evander Holyfield’s ear off during a boxing match, the year Tiger Woods, at 21, became the youngest person to ever win The Masters, and Matt Cullen played in his first NHL game with the Mighty Ducks of Anaheim. Oh, and Sidney Crosby was 10, Jake Guentzel and Matt Murray were 3.

Cullen will play in his 1,500th NHL game Tuesday marking quite the milestone for a guy who only ever wanted to play hockey.

“It’s not easy to play in the game,” said Cullen. “It’s a young man’s game, it’s a fast game so you know to be able to play this long . . . it’s an honor. This is the only thing I ever wanted to do my whole life so to be able to do it this long is pretty cool.”

The Penguins’ centerman says he has been able to stay in the NHL for so long because he is able to adapt.

“Everything changes and I think probably part of the reason I’ve been able to stick around is I’ve been able to adapt to different roles, I think my role has changed quite a bit from when I came in(to the league).”

Fellow centerman Nick Bjugstad, who will play against his old Panthers team Tuesday, says he used to watch Cullen’s stick handling videos to get better when he was a child.

“It’s so impressive and I mean it’s something that every hockey player dreams of but not many can get there and for him to play for as many teams as he has and been around the league so long it’s just a statement to what a guy he is.”

The Virginia, Minnesota native has 264 goals and 464 assists for 728 career points.

Oh and by the way, with Jaromír Jágr

out of the league, Cullen is the oldest active player at 42.