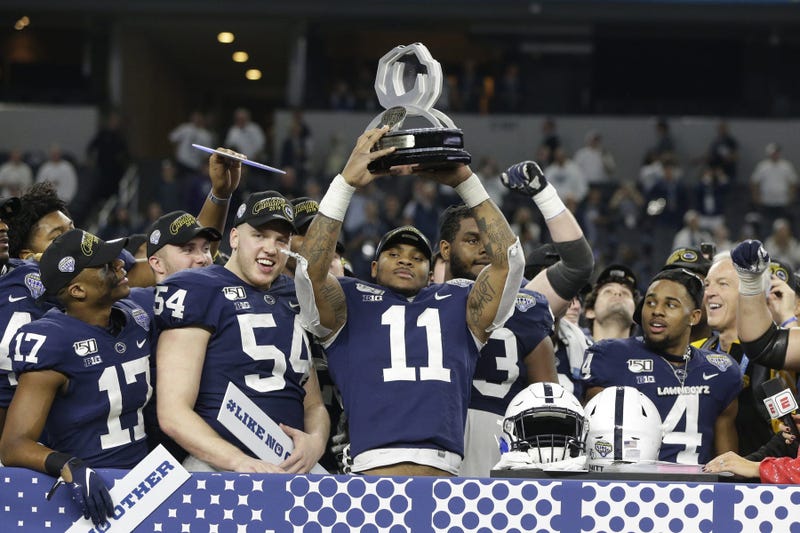 Pittsburgh (93.7 The Fan) - Micah Parsons' brief, and highly-productive, Penn State career is over, according to multiple reports.  The All-American linebacker will opt out of the 2020 season, becoming the highest profile college player to date to do so.

Parsons, a rising junior from Harrisburg, was the 2019 Big Ten linebacker of the year and a finalist for the Butkus Award, presented annually to the top linebacker in the country.  Parsons was named the most outstanding defensive player of last December's Cotton Bowl, which turned out to be his final game in a Nittany Lions uniform.  In that game against Memphis, he recorded 14 tackles, two sacks and two forced fumbles.

Parsons is projected to be an early 2021 first-round draft pick, perhaps the first defensive player taken.