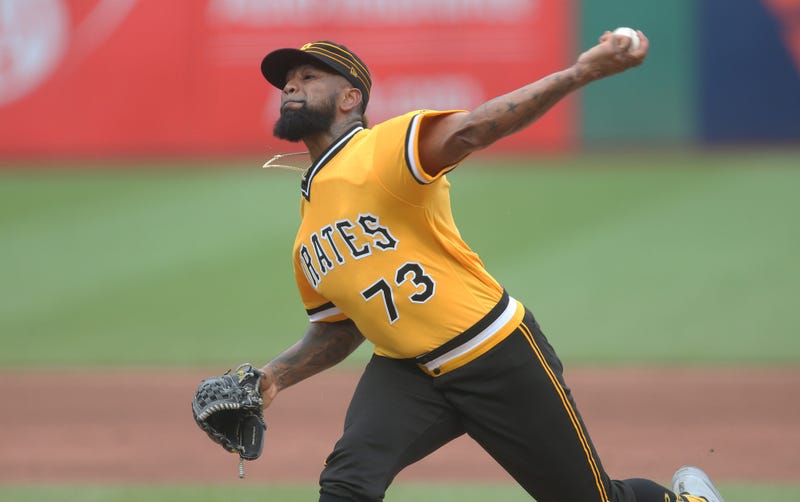 PITTSBURGH (93.7 The FAN) - After giving the Pirates a "D" for their handling of the trade deadline, MLB Network Radio's Jim Bowden joined Andrew Fillipponi on The PM Team to talk about why he gave them that grade.

"This is a not a good baseball team" Bowden said, and their most valuable trade asset was a guy in Felipe Vazquez that the Dodgers really wanted, so he thinks a trade would have made sense for them.

"As much as I love Vazquez and as much as I love having an impact closer signed to a club friendly deal, the reality is when you look at the Pirates team right now, the 9th inning isn't important because you don't get there."

Bowden went on to say this team has "a lot of average players" and a trade with the Dodgers could have changed that.

"I think LA would have traded Dustin May and Keibert Ruiz for Felipe Vazquez" Bowden said about the #2 and #3 ranked prospects in the Dodgers system, a starting pitcher currently on their major league roster and a catcher at AAA.

Bowden says the Pirates attitude from the beginning when it came to potentially trading Vazquez was that they didn't want to move him, and that to him felt like a missed opportunity.

Click the audio below to hear more from Bowden on the trade talks between the Pirates and Dodgers, what other teams called the Pirates about potentially trading for their closer and what he sees in Pirates top prosect Mitch Keller.