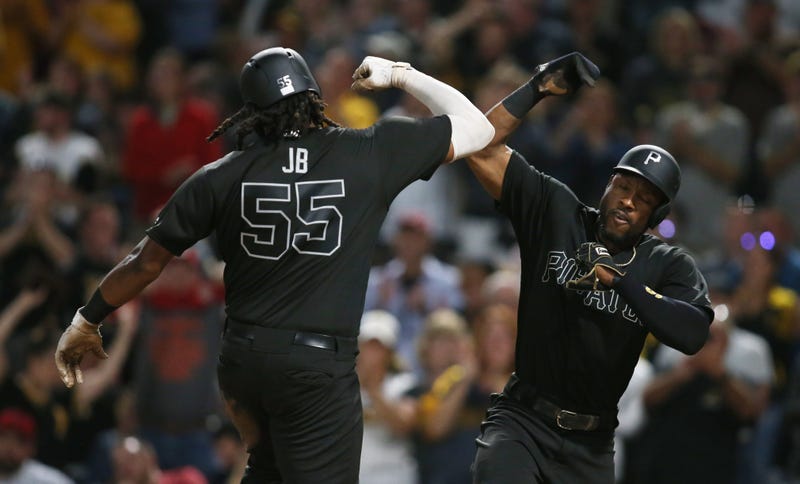 PITTSBURGH (93.7 The Fan) - It was an offensive explosion for the Pittsburgh Pirates Saturday night at PNC Park as Colin Moran and Josh Bell each homer and they cruise past the Cincinnati Reds 14-0 to take the first two games of the series.

Bryan Reynolds brought home the first runs of the game for Pittsburgh with an RBI Double to the right field corner that scored Jacob Stallings and Kevin Newman came around to score on the play after the ball got by Reds first baseman Derek Dietrich and the Pirates led 2-0 after three innings.

Pirates Starting Pitcher Trevor Williams was very efficient through his six innings of work Saturday night as he only allowed four Reds batters to reach base and none of them made it past first. After only lasting two innings in his last start against Washington, this start was a step in the right direction back to what type of pitcher he expects to be and what we saw last season as well as the beginning of this season.

"Within sport you can trust the process and you see the process work," said Williams. "The results aren't always going to be there, but we analyzed what we needed to analyze and we were really dilligent and what we were trying to do today and I thought what we were trying to do, I would've loved to be 100%, but I felt I was about 95% with what I was trying to do out there in terms of my delivery and my execution. So, it's a stepping stone, which is definitely a good start to build upon and like I said sport is really the only thing in life where you can see the process coming to fruition."

The Pirates will go for the sweep against the Reds as they close out the three game weekend series Sunday afternoon at PNC Park when they send Dario Agrazal (2-3, 4.09 ERA) to the mound against Trevor Bauer (10-10, 4.06 ERA) and Cincinnati at 1:35 pm.